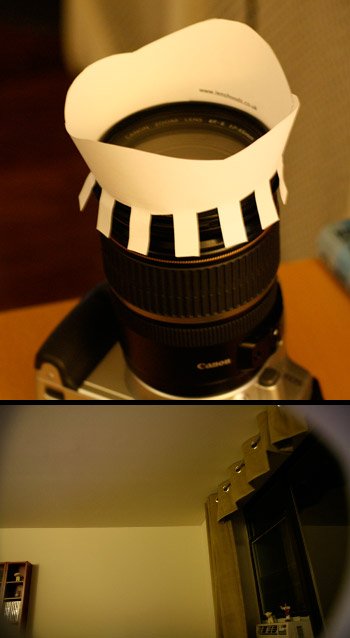 Interesting idea, and the site’s easy enough to use, but the “hoods” just aren’t very practical. I had severe vignetting problems on the 17-55 seen here. And who wants to be seen with a paper or cardboard hood stuck to the end of their DSLR? I look like enough of a nerd when I whip out this beast of a lens - and if I’m going to lengthen it even further with a hood, it better not be held on by a rubber band.

I think I’ll bite the bullet and spend the $40 for the official rigid plastic version.