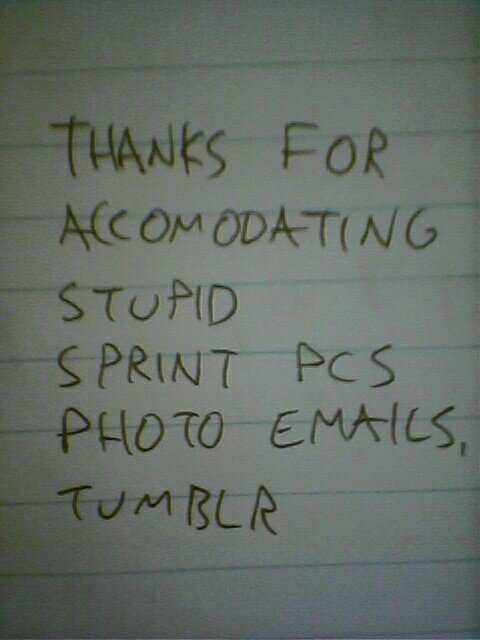 Jakob Lodwick, founder of Vimeo: “Instead of just sending the photo directly, Sprint PCS sends a bunch of crap which programmers must build a custom parser for. Yesterday, they didn’t work on tumblr, but now they do.”

Thanks, Jakob! The Sprint Picture Mail parser was the single most procrastinated item on my to-do ticket list, having been sitting there, overdue, since March 7. This afternoon, I finally got to close that ticket. It was exhilarating.

Sprint is the only carrier we’ve encountered so far, worldwide, that does not attach their MMS photos to their emails.