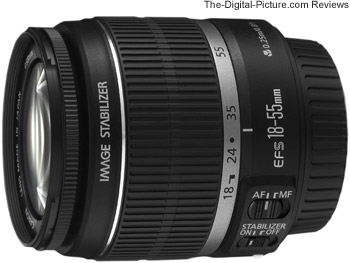 Canon’s new $180 image-stabilized kit lens. I had no idea this existed until Tal Atlas asked me about it.

But it’s only $180 - that’s pocket change in the lens market. It’s also very small and light. For the price, it’s a great deal.

If you’re really on a budget and absolutely will not be able to afford a nicer lens in the foreseeable future… you probably shouldn’t have bought an SLR. But if you did anyway, this might be a good buy.

Under any other circumstances, though, I suggest that you save your $180 and put it toward the $950 17-55 IS USM, the best general-purpose SLR lens on the market from any manufacturer.