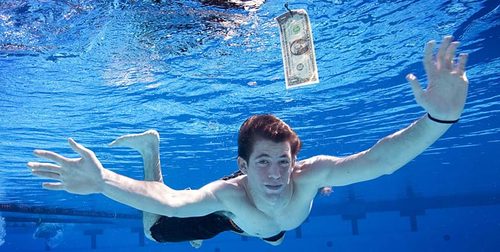 Elden’s parents were paid just $200 for allowing him to be photographed back in 1991. But last year, Elden told us that being the Nirvana baby has its perks. He references it when trying to pick up ladies, he said: “I have to use stupid pickup lines like, ‘You want to see my penis… again?’”