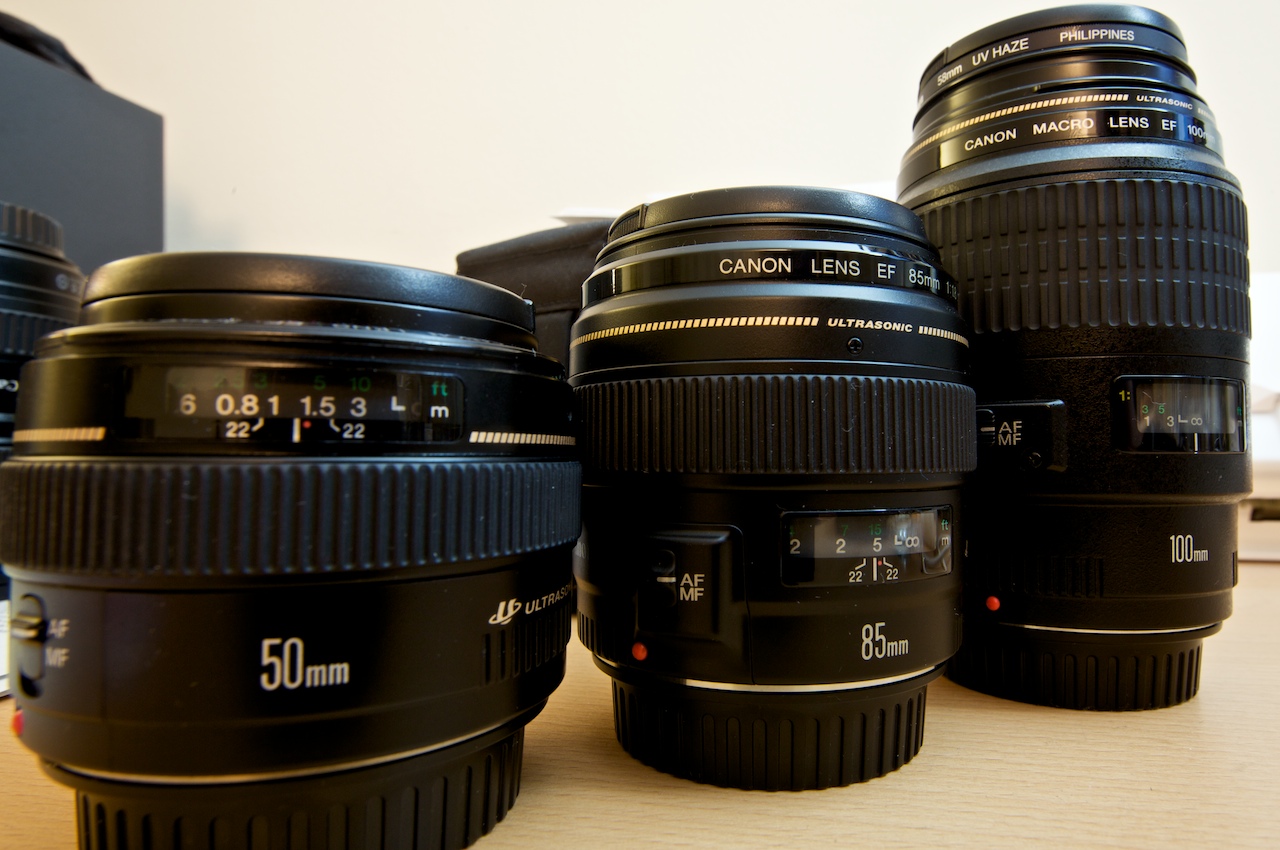 I strongly suggest that every Canon SLR owner get at least the 50mm f/1.4. A lot of people recommend the super-cheap 50mm f/1.8 instead, but its build quality and focus motor are so terrible that I really think you’re better off spending the extra money on the 1.4 if at all possible. The 1.8 is disposable, and it’s a moderately acceptable way to try out a 50mm prime cheaply… but if you intend to keep a 50mm prime in your lineup, get the 1.4.

The 85mm f/1.8 is almost the same lens as the 50mm f/1.4, but at the different focal length. Construction and mechanics are almost identical. You probably don’t need both — we mainly got both so that Tiff and I can both shoot with two different cameras in very low light (where we were previously fighting over the 50).

The 100mm f/2.8 macro is an entirely different beast. As the review linked above states, it is “Canon’s most fun per dollar lens.” It’s nearly useless without a tripod except in sunlight, but it’s the sharpest lens we own and we’ve taken many of our favorite photos with it. Macro photography makes ordinary things look interesting, even in your boring apartment.

You can safely skip nearly every zoom lens under $700, but these primes are excellent deals and are highly recommended.