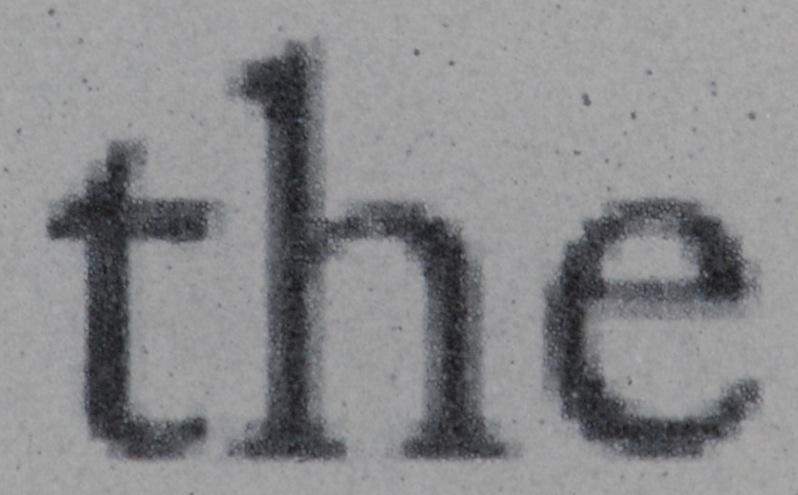 Macro shot of the Kindle’s e-ink screen and text rendering.

Looks like the e-ink globules are the little round circles (look at the top of the “e”) and they dither to make the 16 shades of gray. It’s further using anti-aliasing, but not at the insanely high resolution subpixel level of the actual globules — it looks like it just sets each pixel to a solid value instead. Given the current speed and memory constraints and the very early e-ink technology, this is perfectly reasonable, and I bet they can really improve the text sharpness in future revisions by using subpixel sharpening.

It’s also clear that the globule flipping is approximate, at least in this early version of the screen technology. That’s why there are random black dots in the “white” areas (that’s not dust) and why some of the pure-black pixels have an occasional white dot hanging around (like the big one in the lower-left curve of the “e”).