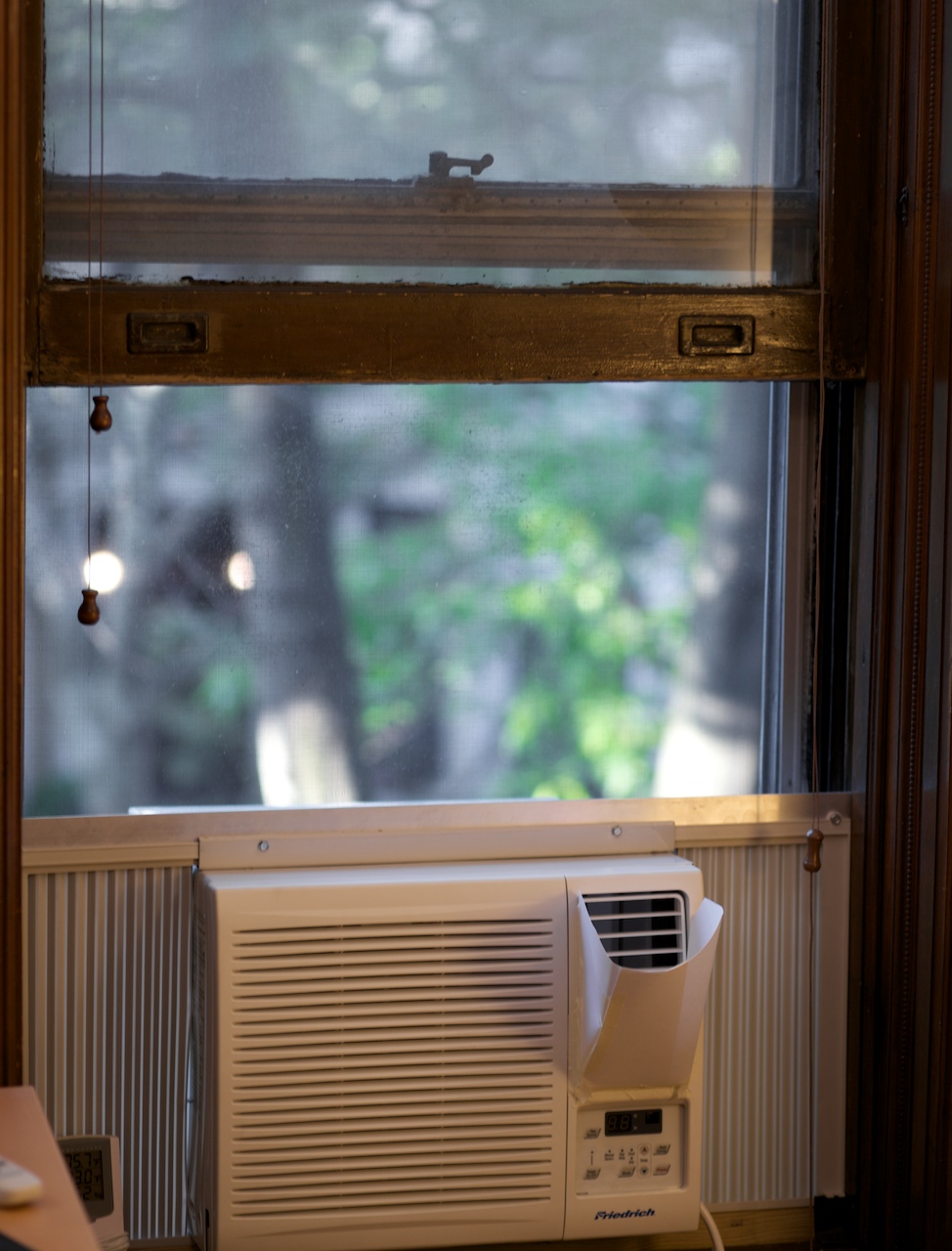 This is a window air conditioner, safely mounted, with the window open above it.

You may not have known that this was possible. I sure didn’t — I just assumed that a window either had an air conditioner in it, or it could be opened, but not both. And this was very important as I tried to figure out how to cool my office, which only has one window.

I looked into “portable” air conditioners, which are enclosed in cases and sit on the floor inside, just venting outside with a big plastic hose. I even bought a top-rated one from the internet and immediately returned it (which, given its size, wasn’t easy). They have three main problems:

It was clear, after trying the ridiculous “portable” unit, that my office needed a real window unit. I had accepted that I’d probably need to just give up the only window in the room.

But it ends up that if you get professional installers*, and the air conditioner is reasonably small (this one’s 6,000 BTU), they can brace it against a bar that they install across the window frame instead of the window itself. My installers claimed that this is perfectly safe and just as sturdy as a window mount when done professionally.

The total cost, with installation, was only about $400, and this is one of the highest-quality, best-performing air conditioners of this size: the Friedrich CP06E10. (Ignore the homemade cardstock deflector that I’ve taped to the front. It turns out that it’s a bit too cold when it’s blowing directly on you constantly.)

* I used Expert Applicance Center in Brooklyn to install this, and a giant 14,700 BTU monster in the living room installed the usual way, since they were highly recommended by online reviews.