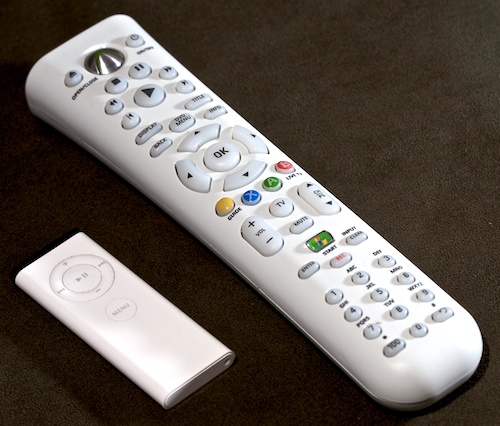 These two remotes, by Apple (left, Apple TV) and Microsoft (right, Xbox 360), do approximately the same things with a few exceptions:

This is a pretty good indicator of the two companies’ design philosophies and quality goals. And this isn’t even considering the software interface that each remote is respectively controlling.