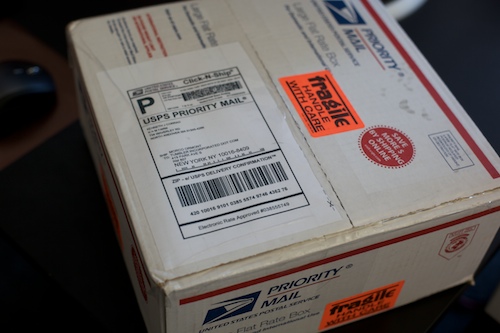 In a series of escalating IRC in-joke deliveries to my office, I finally got the fabled pie delivered yesterday, courtesy of Nostrich and Langer.

The shipping label implied that it was from someone in #tumblrs, but the associated gift message was not included anywhere in the box, so it was just a random pie that appeared to be from a pie-making farm sent by a stranger from the internet. Naturally, we decided it was probably safe, and we ate most of it yesterday at the office. Thanks!

(We were later able to eat at Dallas BBQ without dying, so the pie definitely didn’t do any damage — any reduction in my body’s immune system would have made itself immediately obvious upon stepping foot in that “restaurant”.)