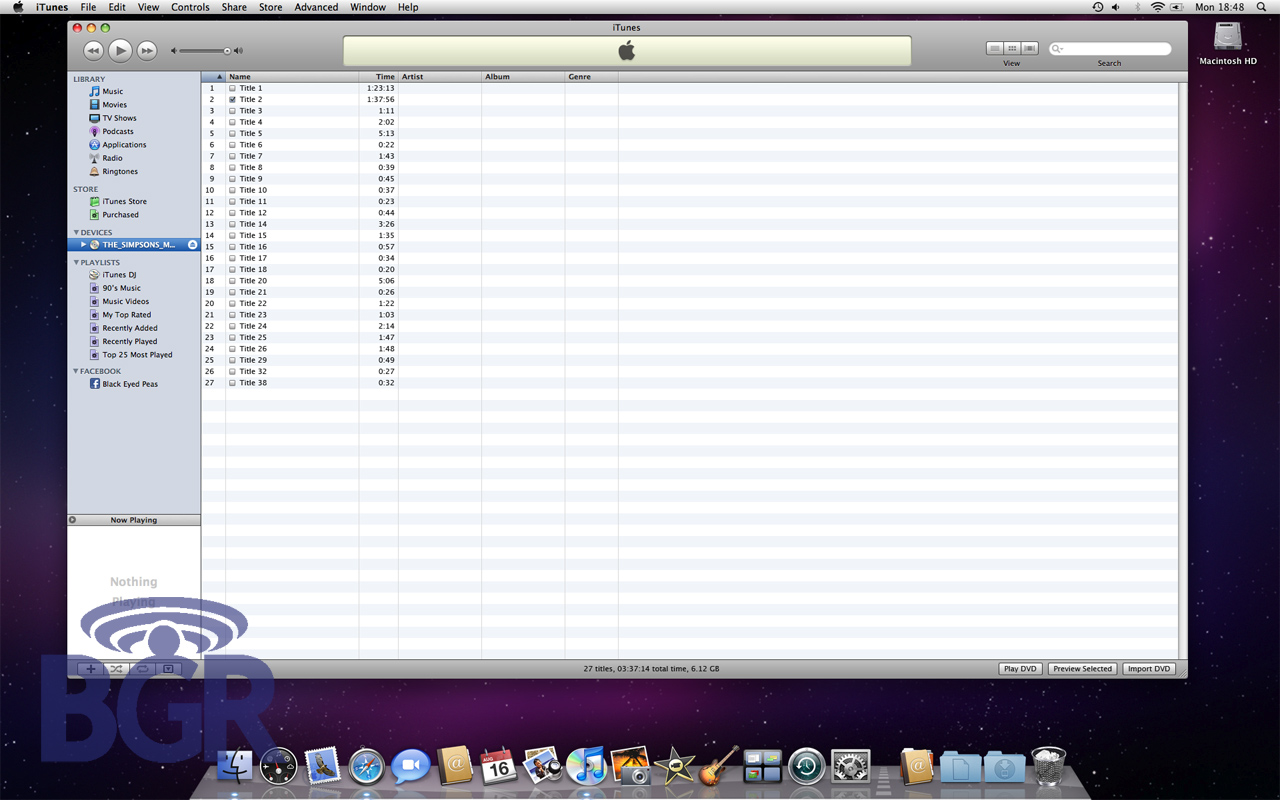 These all look pretty credible — much more so than the previous rumor shots. But this one depicts a feature that I have doubts about: supposedly it allows you to “import” (rip) DVD movies to your iTunes library.

Given Apple’s relationship with major content publishers, I can’t imagine them offering this. iTunes does allow CD ripping, but that’s much simpler and doesn’t require the precedent-established violation of the DMCA that DVD ripping does. The MPAA and its member companies are so paranoid, DRM-happy, and piracy-obsessed that they make the music industry look progressive.

The other screenshots show a few things uncharacteristic of Apple, too:

But if these are fakes, they’re very well done.