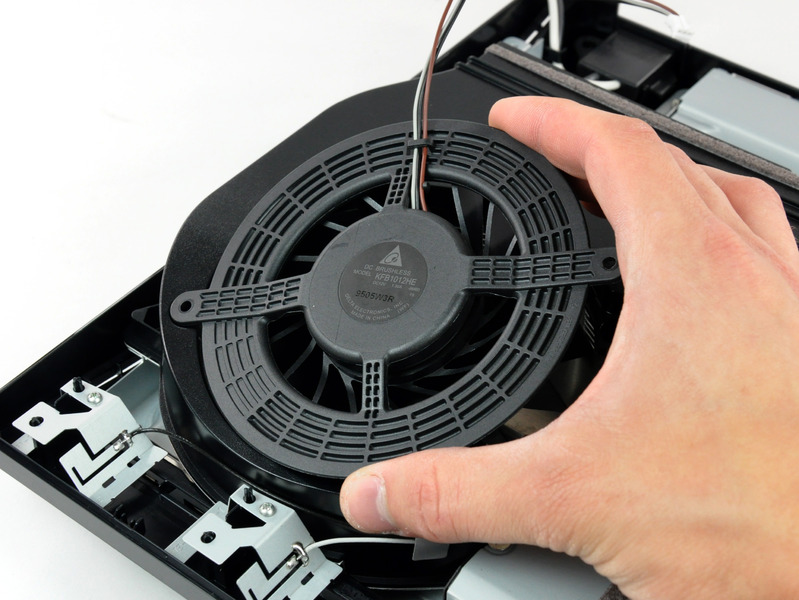 Seriously, though, it’s nice to see from the PS3 Slim Teardown that Sony has elected to use a very large fan — about 95mm — with a brushless motor and unusually large impeller blades. This allows it to push more air at a lower speed and, more importantly, a much lower noise level than smaller fans. (The huge, slow, quiet fans in a Mac Pro and many well-designed desktop PCs are 120mm, the diameter of a CD.)

The Xbox 360’s operational noise is almost embarrassing. This, alone, makes the PS3 much more suited for the media-centric roles that both companies are pushing their consoles toward.

I wish I cared enough about Blu-Ray (or games) to buy one.