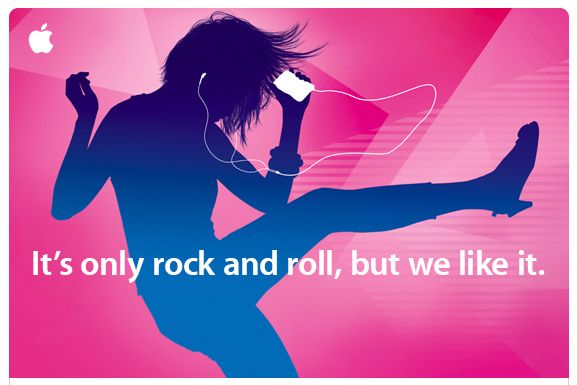 This Wednesday (September 9th) is Apple’s annual iPod event, where they’re likely to refresh most or all of the iPod lineup like they’ve done at nearly every fall iPod event.

The iPod line is admittedly lower-profile since many Apple fanatics have switched to iPhones, but a lot of people still buy iPods, and the Touch lineup is relevant to iPhone users and developers.

(Officially, the product names are iPod shuffle, iPod nano, iPod touch, and iPod classic — note that the second word in each is not capitalized. I choose to ignore that and capitalize their second words, often referring to them only as “the Touch”, “the Classic”, etc. for reduced tedium in articles like this that are only about iPods.)

The Shuffle will probably not be mentioned. It may have its price quietly dropped. $79 for a 4 GB screenless player is steep by today’s standards. A more fitting price may be $49.

The Nano has reached a plateau: it’s very difficult, if not impossible, to fit any additional features into it. Video’s done. They can’t cram the iPhone OS into it — regardless of hardware availability or economics, the iPhone OS wouldn’t be usable at a smaller physical screen size than the Touch’s without extensive modifications and the loss of compatibility with most apps, which removes much of the reason to use it. So I expect to see a minor Nano update, but nothing groundbreaking. (Rumors suggest a camera. That’s not groundbreaking.) A price drop is possible: currently the entry point is $149, and it wouldn’t be unreasonable to get that down to $129 or $99, especially since many people buy the Nano because they can’t afford the Touch.

The Touch and the Classic are more interesting. It’s very clear that the Classic is a temporary product, stuck in the lineup as a bridge for high-storage-needs users (I’ll get to them in a minute) until flash memory is cheap enough to make a sufficiently high-capacity Touch. But it may not need to meet that capacity, exactly. When the Classic’s largest capacity dropped from 160 to 120 GB in the last refresh, nobody cared.

Most people buying iPod Classics are those high-needs people who insist on carrying their entire massive libraries with them all the time. They’re a very small segment of the market: nearly every iPod buyer can fit their entire library on an iPod Touch at today’s capacities (8/16/32 GB) with plenty of free space.

Even for people with huge libraries, carrying it all the time is rarely necessary (and often impractical with the limited navigation capabilities of portable devices). Once you’ve decided to only sync a subset of your music, regardless of how you choose that subset, it’s fairly difficult to reasonably use a ton of space. Many high-needs gadget owners have already made this transition to fit their music onto iPhones or Touches for those devices’ other benefits.

It’s clear that it’s in Apple’s best interests that as many buyers as possible choose iPhone OS devices. The iPod Touch should be the new mainstream device, with the Shuffle satisfying the exercise/durability niche and the Nano for people who need something smaller or cheaper than the Touch.

Therefore, I think this is the end of the iPod Classic.

When the Zune HD launches on September 15, this will be the entire Zune lineup (old models were discontinued):

Apple won’t let Microsoft significantly beat them on price in this market, especially as Microsoft launches a significant new product line. I think, at Wednesday’s event, the iPod Touch will have capacities doubled at similar prices. Furthermore, I think it will gain the camera, CPU, and RAM from the iPhone 3GS. None of this is particularly surprising, though, and it’s not going to drive much attention.

Apple’s been a lot more aggressive with the lower-priced markets recently. I think we’ll see a bold move in that department, and I think it will be a Touch. (The Touch is likely to be the hardware focus of the event since it’s pictured on the invitation above and has the most potential for lineup expansion.)

I think, in addition to the elimination of the iPod Classic, we’ll see an 8 GB iPod Touch for $149. And that would be truly big news, especially to iPhone app developers, since the number of iPhone OS devices sold would dramatically increase.

With a Touch at $149, there’s not much reason to have two Nano configurations. My admittedly risky prediction for the complete iPod lineup, therefore, is this:

And, since very little of this is exciting enough to justify an entire event, I’m assuming that the main focus of the event will be a new version of iTunes and new content accessibility, such as iPhone TV rentals.