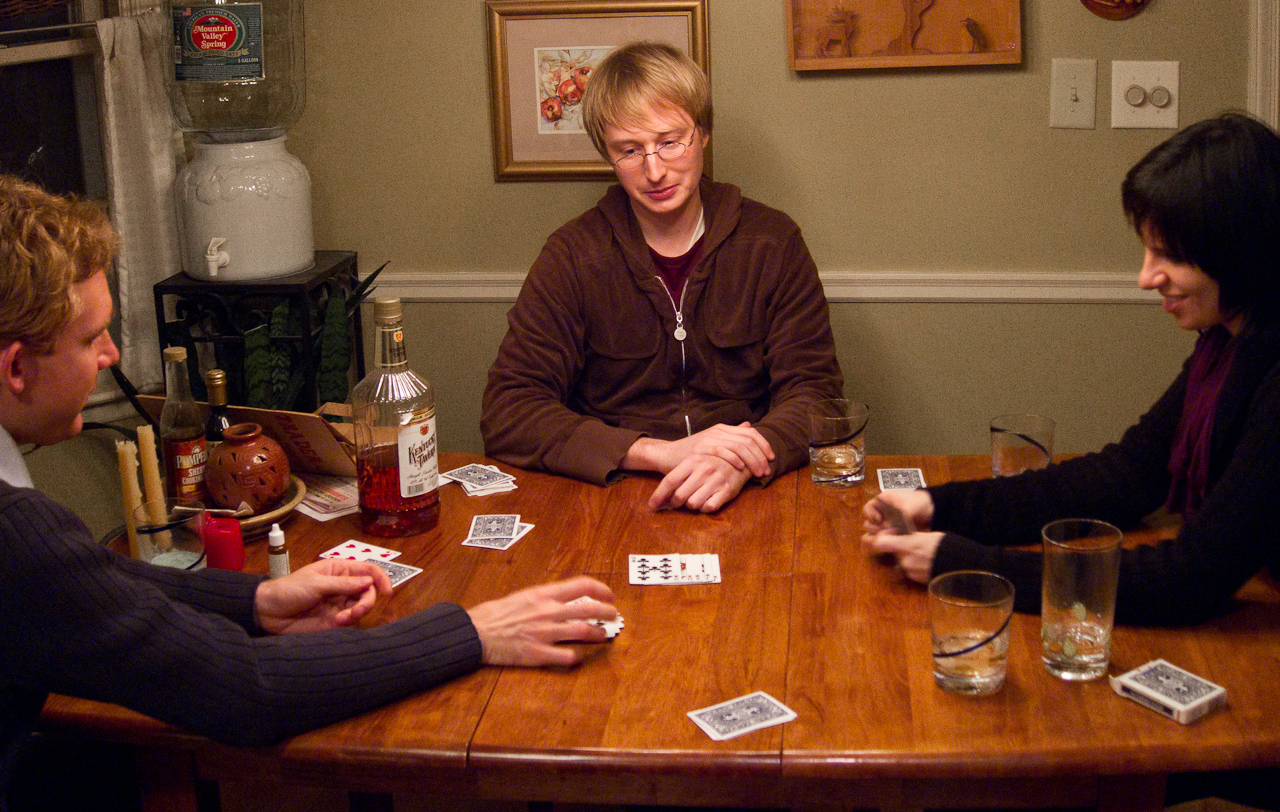 Thanksgiving: A United States holiday commemorated by adults traveling back to their hometowns, enjoying their family for a while, exhausting most conversational possibilities after a day, becoming bored senseless, realizing that there’s still three more days left in the weekend, meeting up with old friends who are also in town for the weekend and similarly bored, learning that absolutely no nearby bars or coffee shops are open (or exist), and realizing that the only thing to do is to drink their parents’ liquor and play Euchre like naughty high-schoolers, except that they were too nerdy to drink their parents’ liquor in high school, so they’re doing it at age 27 instead when it’s far less cool and rebellious but far more obvious as the best choice they have at the moment to pass the time and enjoy themselves.