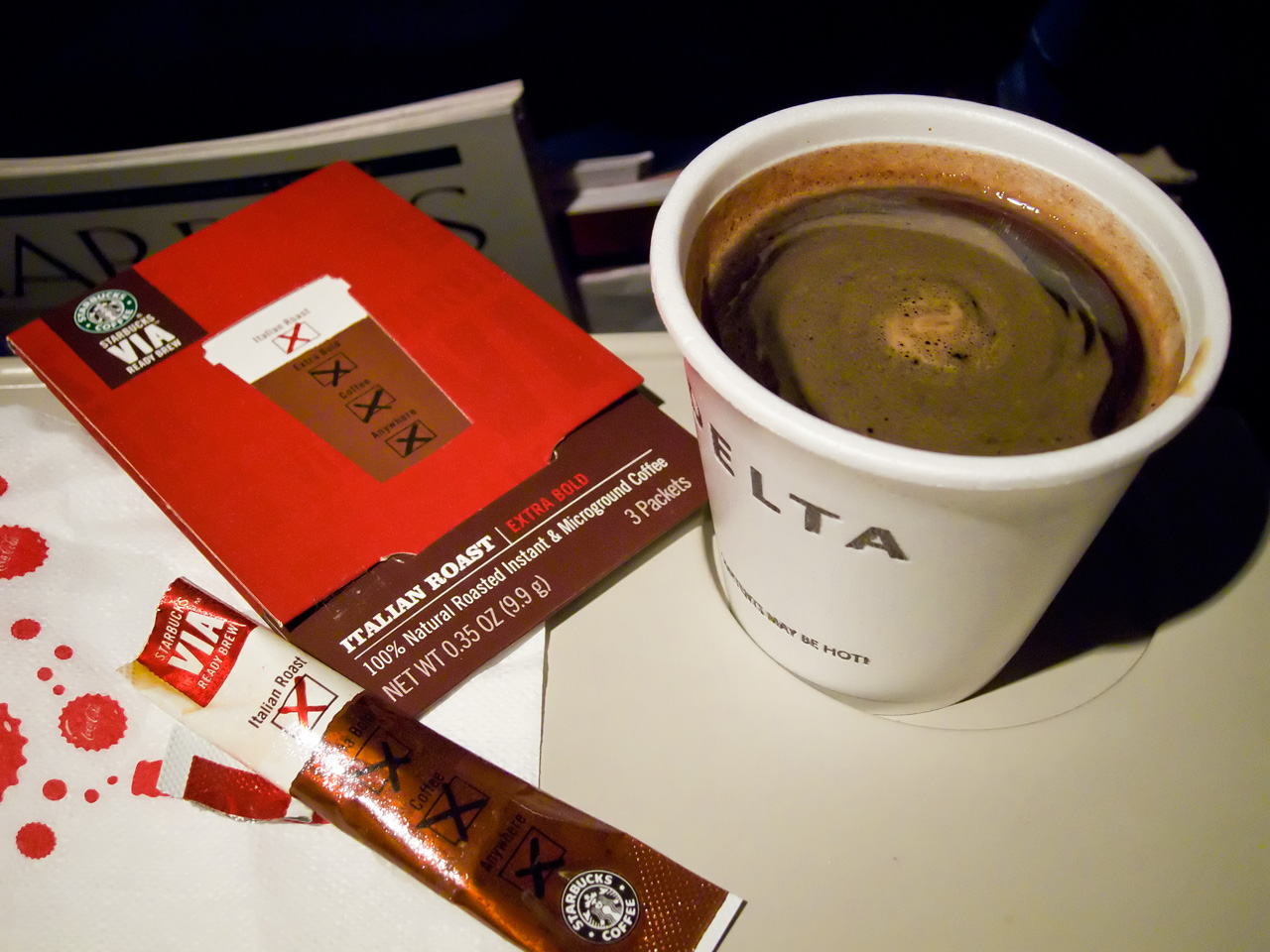 I actually bought something at Starbucks.

And it wasn’t awful.

All of these should come as a surprise to anyone who knows me, but was in exactly the situation that I hoped it would be good for: air travel.

I didn’t like Starbucks VIA as much as Dan Benjamin did, but I can honestly say that it’s not bad.

VIA comes in two flavors: Italian Roast (“Extra Bold”) and Columbia (“Medium”). The Italian Roast tastes burnt and flat — definitely not recommended. But the Columbia provided a much more full-bodied, complex flavor than I ever expected from a packet of powder with a Starbucks logo on the front. The rest of this review is only referring to the Columbia.

It tastes much better than any coffee I’ve ever been served at Starbucks.

There’s a small amount of fine sediment left at the bottom of the cup, but it’s very minor — much less than you’d get from a typical French press.

While I disagree with Dan Benjamin on how it stacks up against well-made drip coffee, I agree with his statement on the quality relative to typically bad-coffee settings:

It’s as good or better than the coffee you’d find in a decent restaurant. It’s much better than any coffee I’ve made in a hotel room, while camping, or while on a road-trip. And of course, it’s far superior to any instant coffee I’ve ever tasted.

The tiny 4-ounce cups that Delta gave me provided a very good water ratio for a single VIA packet. Starbucks recommends one packet to 8 ounces of water, but that would be far too weak.

I can’t imagine ever wanting to make this at home or work, since I already have better coffee regularly available. But at a tenth of an ounce and just under $1 per packet, it’s not ridiculous to carry a few around while traveling.