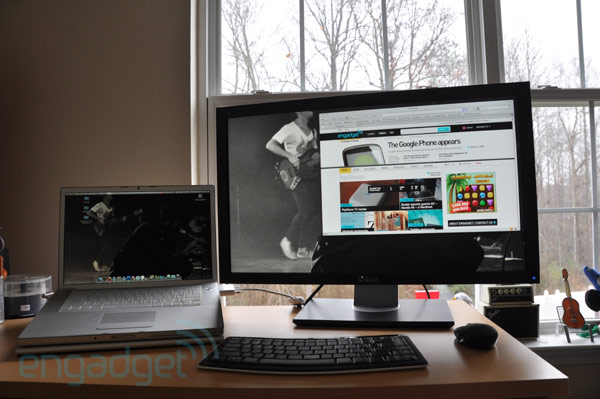 This is the first appearance of (in all likelihood) LG’s ridiculously high-specced new-iMac LCD panel outside of the iMac, and it’s promising: same panel (probably), matte finish, $1049.

I hesitate to buy another Dell monitor after the quality issues I’ve faced with my 2407 and the insane ugliness of the new bezels with their blue LEDs and beepy controls, but I’m looking forward to other manufacturers (hopefully with taste) making equivalent monitors with this panel.

I suspect the current crop of 30” monitors are not long for this world, and that they’ll be discontinued by most of their manufacturers in favor of new 27” monitors using this panel with almost the same resolution, much better specs, and a much lower price than any 30” model. Apple’s will probably be glass-only, but I bet we’ll be able to get a nice matte model from more vendors.