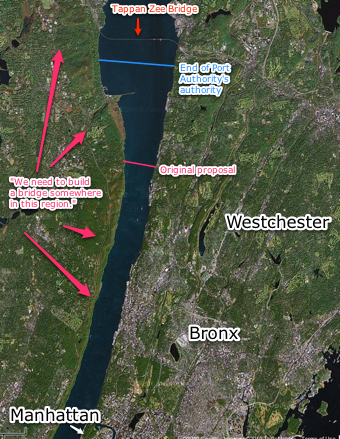 I’ve occasionally wondered why the Tappan Zee Bridge was built at one of the widest parts of the Hudson River, despite being so close to a much more narrow region.

Wikipedia taught me that it was the result of interstate government phallus-waving: the Port Authority wouldn’t allow it to be constructed within their boundaries, which extended northward until just below the current bridge’s location. It was originally (more sensibly) designed to cross a much narrower section only a few miles south.