I’d like to extend a special thanks to Paul Kafasis, John Gruber, Maja Henderson, Patrick Gibson, Neven Mrgan, Christa Mrgan, Jim Ray, Jessie Char, Adam Lisagor, Roxana Altamirano, Scott Simpson, and Guy English for inviting me to what became an impromptu birthday dinner tonight. It was a blast, and it’s great to have such awesome friends to celebrate with, especially since I had to be out of town and away from my awesome wife. 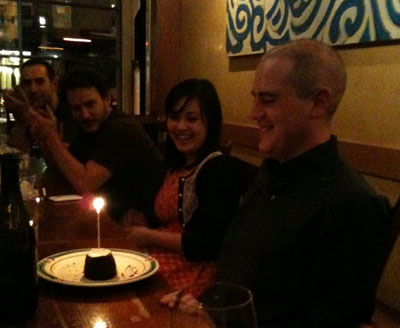