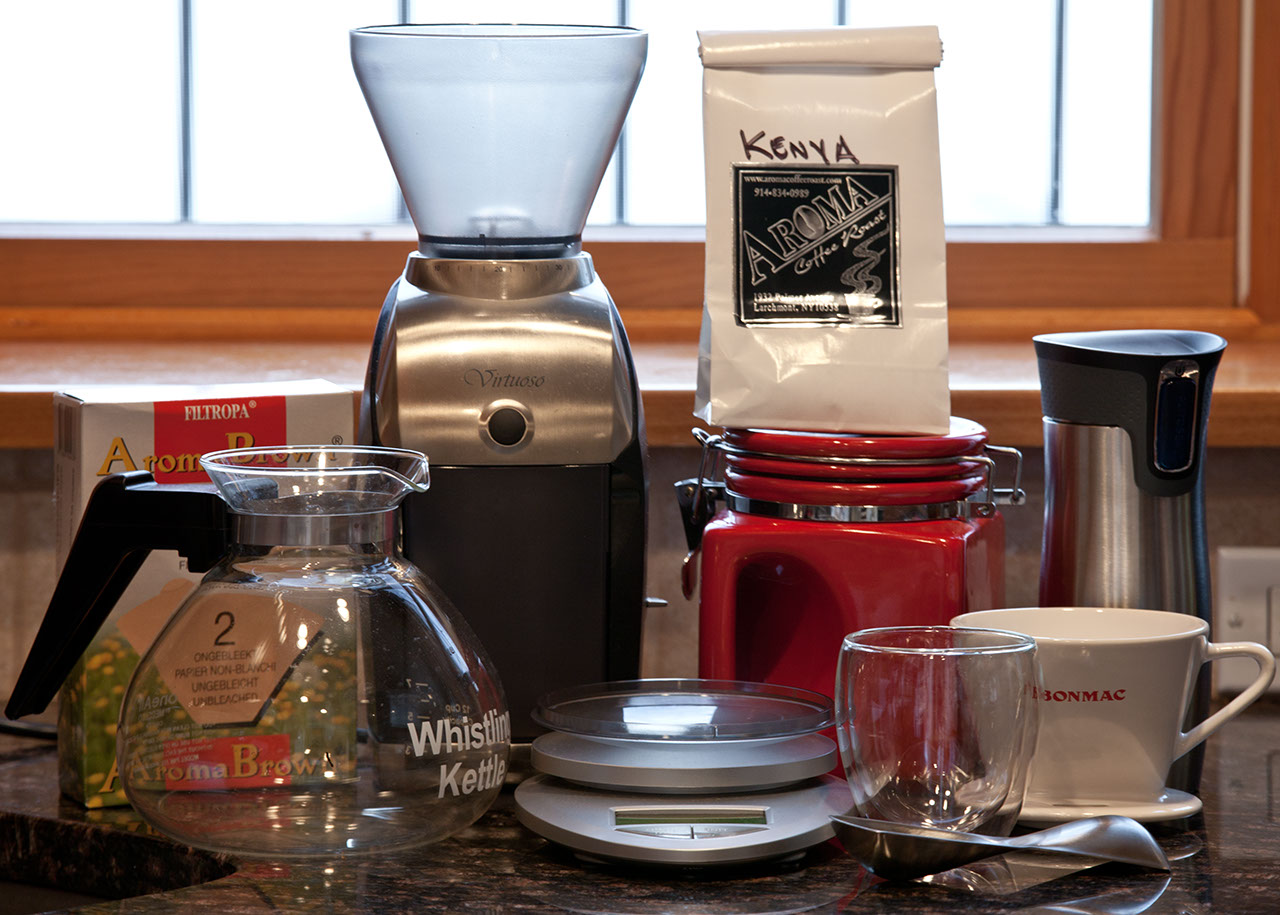 I own a lot of ways to make coffee, but I’ve settled into a pattern of using primarily these for home preparation.

It’s a way to make one cup at a time, in less time than it takes to use a normal drip pot, with much easier cleanup, and with a much better cup as a result.