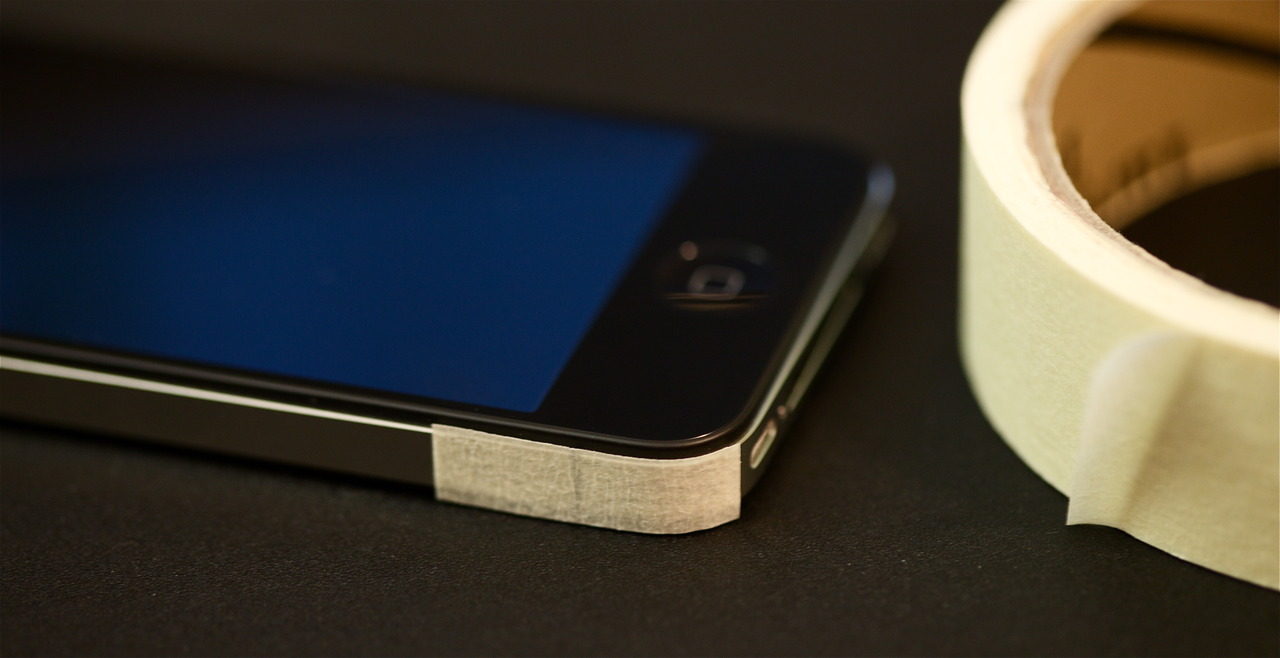 * As tested compared to licking your hands and squeezing really hard in a weird way that most people are unlikely to do accidentally at the same time that their hands are wet and they’re transferring a lot of data. Results not guaranteed.

I should clarify: this post is satire. I don’t actually use my phone with tape on it — I just put it on there for this photo. It’s a joke. Even though I always hold my phone like this, I haven’t been able to reproduce the supposed problem. Hell, Gizmodo broke theirs trying to squeeze it in just the right way. I really don’t think this is a significant issue.

A LOT of people have mistakenly thought that I was actually using my phone this way and suggesting this as a real solution. Actually, it probably would work. But I don’t need it, and you probably don’t, either.