I hate cases. I hate that they make the phone bigger, look cheap, and increase friction into and out of pockets.

During the Q&A session after yesterday’s press conference, John Gruber asked, “Do any of you use the cases?” 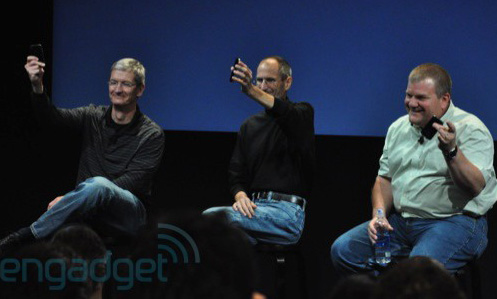 All three executives held up their bare, caseless iPhones. None of them use cases, proving Gruber’s presumably intended point: that fixing the antenna flaw with a case isn’t a very good solution for people like us (and him, and them) who don’t like using cases.

So here’s my solution. Can you see it? 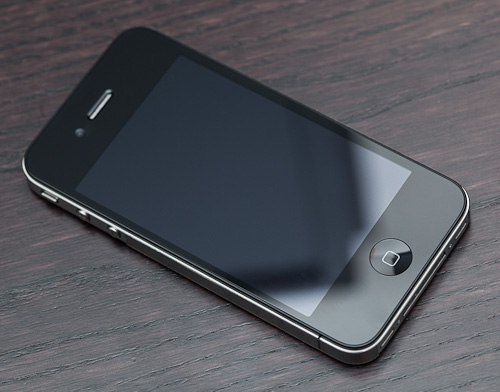 Let me move down a bit and add a ridiculous amount of direct light. (Please pardon the dust.) 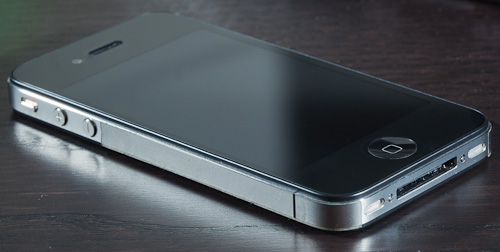 It’s the tape trick, but with an excellent substitute for the tape: invisibleSHIELD film. It fits right over the gap and covers the entire left side, so when it’s held left-handed (as I always hold mine), there’s no electrical bridging.

Here’s the start and end of the tape, in case you missed it: (I didn’t cut the left edge very well.) 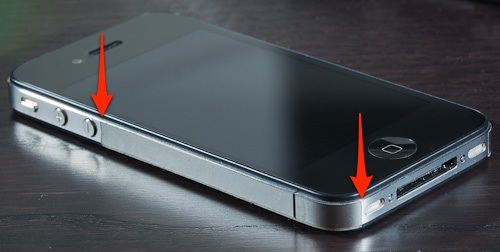 ZAGG now offers a “sides only” sheet of invisibleSHIELD film, but when I ordered mine, they only had options for the front and rear of the iPhone 4. (I wanted to cover only the rear glass. I don’t like the texture or clarity enough to apply it to the front.) 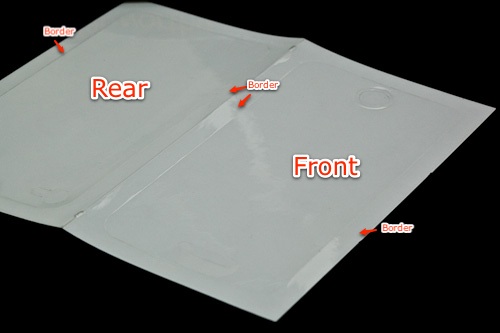 After peeling out the pre-cut sections of film for the front and/or rear, you’re left with a border that’s exactly the width of the iPhone 4’s steel sides. I applied this strip to this side, then applied a second one to the opposite side of the phone, going right over the SIM tray (if I ever need to get to it, I’ll peel off the film) and stopping just short of the sleep/wake button.

So, you’re probably wondering how well it works.

I expect the results to be similar to what AnandTech got when they tested it with tape and gloves: the -24.6 dB affect on signal strength by a bare grip is probably reduced to approximately -16.6 dB, which is better than a Nexus One (-17.7 dB) and almost as good as a 3GS (-14.3 dB). And since the iPhone 4 seems to make better use of low signal strength than the 3GS did, I’m tentatively calling this a win. 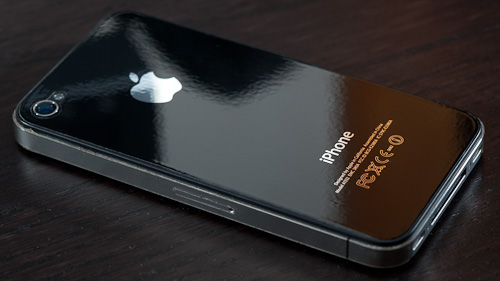 And subjectively, I like the feel of the film, especially on the back. It increases friction, making the iPhone slide less on flat surfaces and making me feel (whether true or not) that I have a better grip on it, but without the pocket friction and added size of the Apple Bumper.