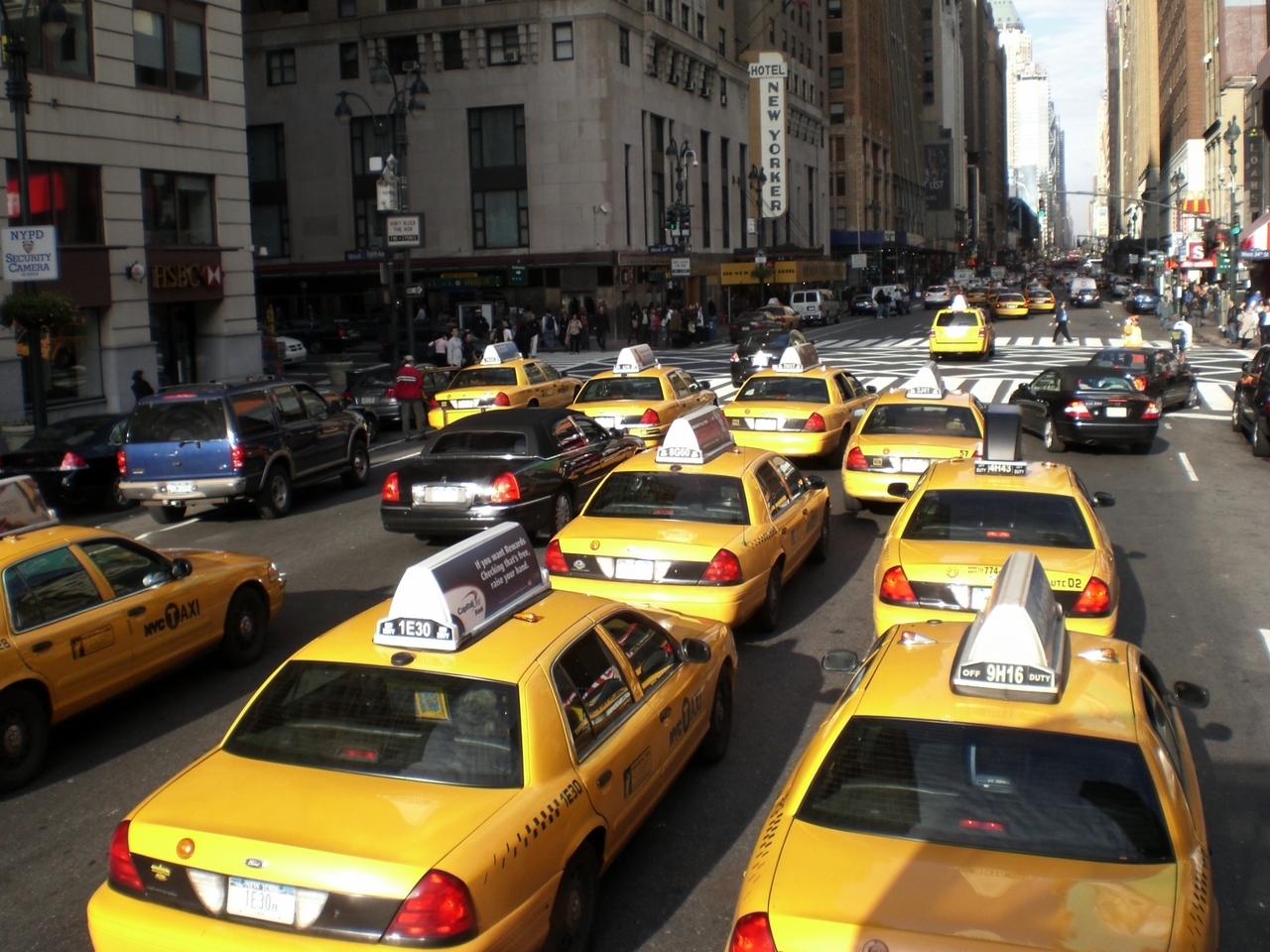 The Lincoln Town Car, a mainstay of executive transportation, and the Ford Crown Victoria, part of taxi and police fleets, are being discontinued.

Every yellow car in the picture behind the crosswalk is a Ford Crown Victoria. The black one in the middle of them is a Lincoln Town Car. These are by far the most common vehicles in Manhattan, and they’re icons of the current era. Nearly every taxicab and police car in the country today is a Crown Victoria, and nearly every car-service car is a Town Car. They’ve been so common for so long that observant drivers have learned to recognize the Crown Victoria’s distinctive headlights as police cars, and many people refer to car-service vehicles generically as “town cars”.

They’re fast, with huge V8 engines, and cheap, with the Crown Vic just under $30,000 and the Town Car just under $50,000. They’re also far more reliable than other mainstream vehicles for their intended uses, which often require them to be heavily customized, operated nearly 24 hours a day, and driven much harder than average.

But cities and populations are demanding more fuel-efficient taxi and police fleets. The most fuel-efficient cars with reasonable passenger space are consumer-level sedans, compact SUVs, and hybrids, but they’re not built for this sort of use:

Passengers should prepare for a bumpier, more cramped ride. Forget roomy trunks that fit a French-door refrigerator; the older models are yielding to smaller gas-and-electric hybrid vehicles with knee-bumping back seats and flimsier frames.

The Town Car’s likely replacement is a mix of other luxury cars, but most equivalents in passenger luxury cost much more. The Crown Vic has no obvious replacement: in practice, old New York taxis are being replaced by Camrys, Altimas, Priuses, RAV4s, Escapes, Malibus, and Siennas.

And none of those provide anywhere near as much passenger comfort and trunk space as the good old Crown Victoria. Every replacement so far is worse for us, the customers.

They’re huge, gas-guzzling beasts that I would never buy or want for myself. But I’ll miss them.