I have a bit of a thing for headphones. Sennheiser’s excellent HD 280 Pro is my closed, workplace mainstay, and the (very) open-backed Beyerdynamic DT-880 is great at home when I don’t need isolation. But for portable use, which I use heavily as I walk a lot in my commute, I’ve never quite found the perfect headphones.

My second pair of AKG K-26 P headphones (discontinued; replacement) just died in a similar manner to the previous pair: one speaker (one headphone?) stops working unless the wire at its base is jiggled in exactly the right way, and then eventually stops working entirely, despite no visible wire damage or fraying. It’s probably an internal fray. So I’m done with AKG’s portable line for now.

After some research, I decided to replace them with the Sennheiser PX 200-II (cheaper in white). I disliked the original PX 200’s poor sound quality, but the 200-II sounds much better — not only better than the PX 200, but possibly even better than the open-backed PX 100 (it’s been a while since I’ve tried them) and definitely better than the AKG K 26 P.

The PX 200-II is also much more comfortable and lighter than the AKG, and the cable only comes out of one headphone (the left), which will reduce wire tangles and possibly give them one less failure-prone cable stress point. 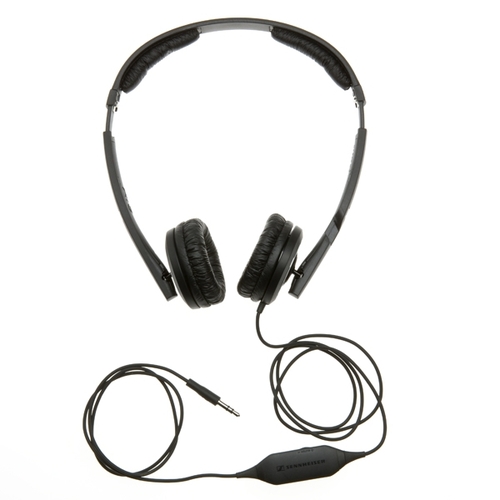 My only complaint so far is that the cable has a bulky inline volume-control blob that can’t be practically removed, which doesn’t make a lot of sense for lightweight headphones intended for compact, folding, portable use.

The volume-control module is just heavy enough to make the cord dangle and swing around uncomfortably while walking unless it’s clipped down, and it’s not quite far enough from the top for me to be able to clip it to the rim of a pants pocket, so I need to clip it awkwardly to the bottom of my shirt instead.

For headphones intended for use while walking, among other activities, this is a major oversight. It’s almost annoying enough to make me return the PX 200-II and look for a better model, but I don’t think I’d find one. I wish Sennheiser just offered these with a normal cable sans volume control.