Passive-aggressive office signs always annoy me more than they probably should.

In this case, someone else on the same floor as the Tumblr office put up this sign in the bathroom: 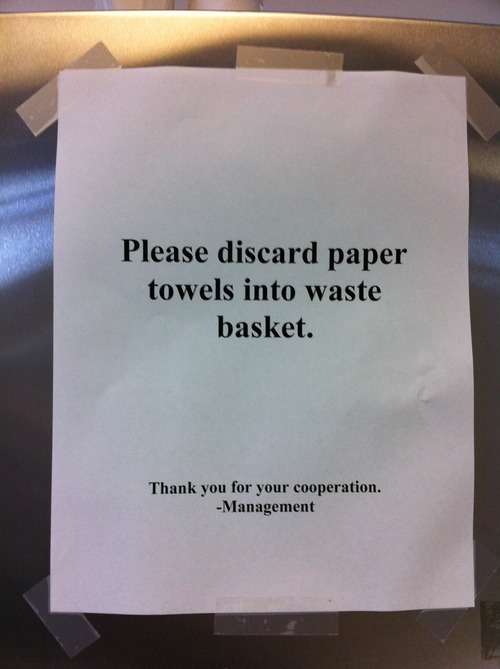 What annoyed me about this is that it passively addresses the actual problem — that people sometimes throw paper towels on the floor next to the door, so they can turn the handle with the towel when exiting and avoid touching it directly — and that the only person I’ve ever seen do this works for the company that most likely posted the sign.

But worse, what kind of person spends their time making passive-aggressive, condescending signs like this?

So I became one of those briefly and amended it. 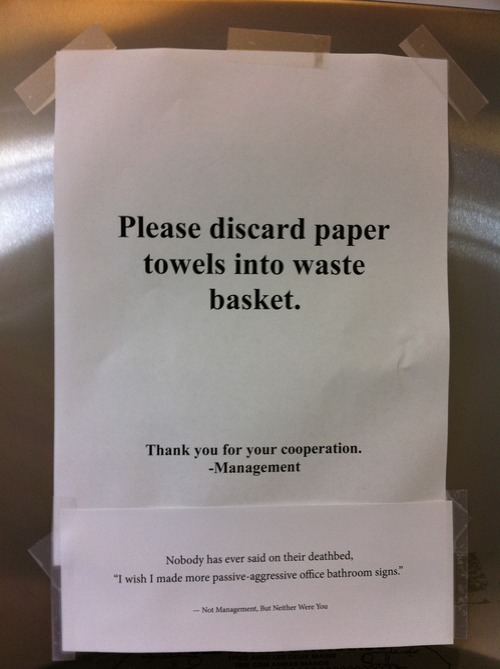 That was too harsh, as it was torn down within a few hours.

Fortunately, it’s fairly easy to replicate most signs: nobody spends a lot of time on them, so they’re usually just large, possibly bold Times New Roman at one of the preset sizes in the Microsoft Word font-size dropdown. I made a template in about 30 seconds, and put up an alternate version with subtle errors introduced: 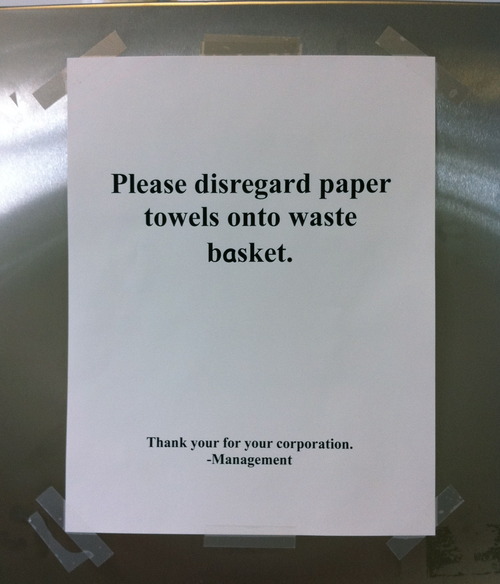 This has been up without incident since yesterday evening.

That’s what life’s about: improving the world around you.