iOS apps display a prerendered, static image when they launch called Default.png. Developers can set it to anything they like. This is Instapaper’s: 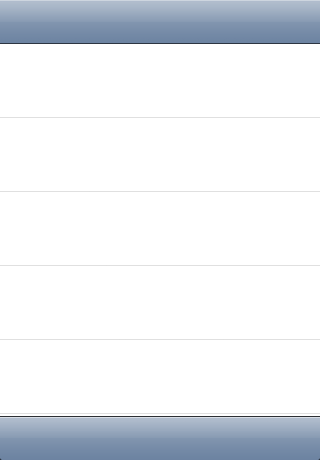 This matches the iOS convention of showing the app’s typical interface, but empty, so it looks like it has fully loaded (before it actually has) and then the data “pops” in a second or two later. It’s a trick that the original iPhone employed to make the app launches seem faster and more responsive. The pictured interface is just a decoy: it’s a static image file that doesn’t necessarily have any relation to what the interface will actually look like when it loads.

Apple’s apps have always had an advantage with this approach: they can change their launch images at runtime. Before quitting, they can render an image of how they actually look, so when they launch next and restore their state, it looks seamless.

But third-party apps can’t change theirs dynamically. This poses a visual continuity problem: we need to show the same launch image even if the app is restoring a state that doesn’t look anything like it.

In Instapaper’s case, this is a problem in two major states that it may launch in:

Dark mode is the much bigger problem. In a dark room, it’s jarring and blinding for the bright-white launch image to blink briefly when launching the app into dark mode. I’ve gone to ridiculous lengths in the past to avoid showing white screens or flashes while in dark mode, so this one major exception irritates me.

One way to avoid this issue is to make the launch image dark instead of light. I can’t just make it a picture of the dark-mode interface, because then the (much more common) light-mode interface would look strange when it appeared after the dark launch image.

Another option, fairly popular among developers, is to make a splash screen. I considered this for 2.3, but chickened out. Here’s a quick mockup of what I had in mind: 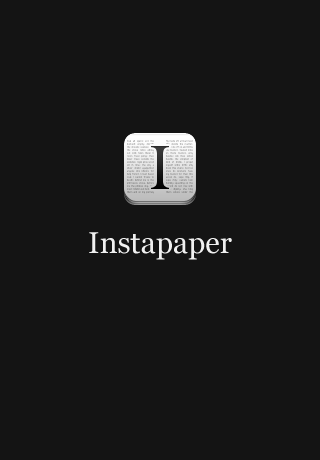 This has its own set of problems:

So both launch-image types have significant downsides. It’s a bit like the Settings-go-in-the-Settings-app dilemma, but I think that one has been definitively settled by now (in most cases, they don’t).

In this case, I don’t think either option is good enough. I’m sticking with the Apple convention1 for now, but it’s always going to annoy me until I come up with a better solution.