The iPad really shines as a casual gaming platform, and I’m a sucker for 2D games and Scorched-Earth-style (Worms-style, for the younger crowd, or Angry-Birds-style, for normal people) artillery games.

So it’s not a huge surprise that I love Super Stickman Golf, which is essentially simple 2D golf on Worms-style terrain. (It’s universal for iPhone and iPad, but I’ve only played it on iPad so far.) 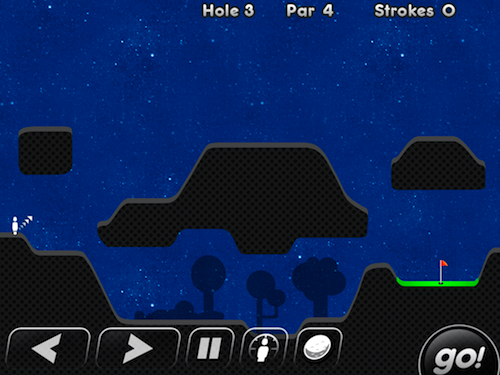 “I’ll go to sleep in a minute. Let me just finish one more stick-golf course.”

There are a lot of courses, and I haven’t yet hit a point where the difficulty progressed too quickly and became frustrating. It’s perfectly ramped to keep me wanting to play more. 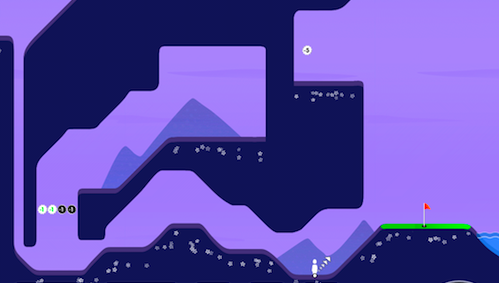 This hole is a dick.

Everyone who has seen me play this game so far has immediately bought it for themselves.

I’ve been playing for days, but I’ve only played about half of the courses so far. And I haven’t even tried the multiplayer yet. It’s a lot of game for a dollar.