This post is extremely geeky. If you’re not into computer minutia, feel free to skip it.

My current Mac Pro era, started in February 2008, is over. My flings with MacBook Airs are also over for the foreseeable future.

I’ve switched back to a 15” MacBook Pro full-time, right when the MacBook Air is convincing many geeks like me to dump their 15” laptops for an 11” or 13” Air, possibly with an iMac at their desk. Many will think that this is strange timing, so it might be interesting to those as geeky as me why I chose this.

Why the Mac Pro before?

These conditions are very different now, primarily because of the biggest advance in computer performance since cheap RAM in the late ’90s: SSDs.

SSDs did more to close the performance gap between laptops and desktops than I think anyone in 2008 would have imagined:

The Mac Pro is due for an update, but I realized recently that I didn’t even care what it was: laptops have become so awesome in the last few years that I no longer needed a desktop.

More recently, two factors have made this even more clear: today’s mobile quad-core Sandy Bridge CPUs are incredibly fast and surpass many desktop CPUs in performance, and with Thunderbolt, laptops now have a full-speed external expansion bus.

Why not a desktop and a laptop?

Since I never stopped buying laptops since getting the Mac Pro, I’ve been a multiple-computer user since 2008. Trust me, it sucks.3

Yes, Dropbox helps a lot. But multi-computer usage still sucks for so many reasons, because most files, applications, and settings don’t sync. And if your laptop has a smaller capacity or lower performance than your desktop (as it probably does), it’s going to be less useful than you need, more often than you think.

The economics aren’t great, either. Having two computers means at least two hard drives or SSDs to buy and keep backed up, two sets of RAM to maximize, two AppleCares, and two licenses for some apps.

Why not a MacBook Air?

The MacBook Air is great. The 11” is extremely small, and the 13” packs a pretty decent amount of power and screen space into its size. An Air is a great choice for nearly everyone.

But I’m more demanding of my hardware than most people. If a laptop is going to be my primary computer, I need more CPU power, storage space, and screen resolution than the 13” Air offers.

And the Air’s reduced size and weight aren’t as important to me anymore. I work at home now, and when I go on quick day trips, I hardly ever bring a laptop, preferring an iPhone and optional iPad instead. When I do bring my laptop somewhere, such as when traveling, I want more power and screen space than the Air offers so I can get work done. And I usually travel by car, where size, weight, and tray-table compatibility are unimportant.

It’s strange timing. The current 15” MacBook Pro was released in February, and there are rumors (including my own speculation, twice) that the next 15” MacBook Pro update is going to be a major revamp with an Air-like shape, lower weight, and possibly even a Retina display.

But if that’s true, the new 15” will probably also be Air-like in its internal storage options: SSD-only, with a maximum capacity of maybe 512 GB, and no standard 2.5” drive bays.

That’s going to be great when the internal SSD capacity grows large enough to hold all of my stuff, but that’s unlikely to happen in the first version: I need about 1 TB of internal space to be comfortable today, and that grows over time.

Rather than eagerly anticipating the next 15” revision, I took this opportunity to buy what’s likely to be the last 15” MacBook Pro that can hold two standard 2.5” drives.

I won’t need that kind of third-party internal expandability forever, but I still do today.

So what did I get?

I got the fastest 15” configuration with the high-res antiglare (matte) screen, which was available refurbished for $2199 ($400 below retail). It arrived in perfect condition, with no cosmetic imperfections or bad pixels.

The savings from getting it refurbished helped me deck it out with OWC upgrades: 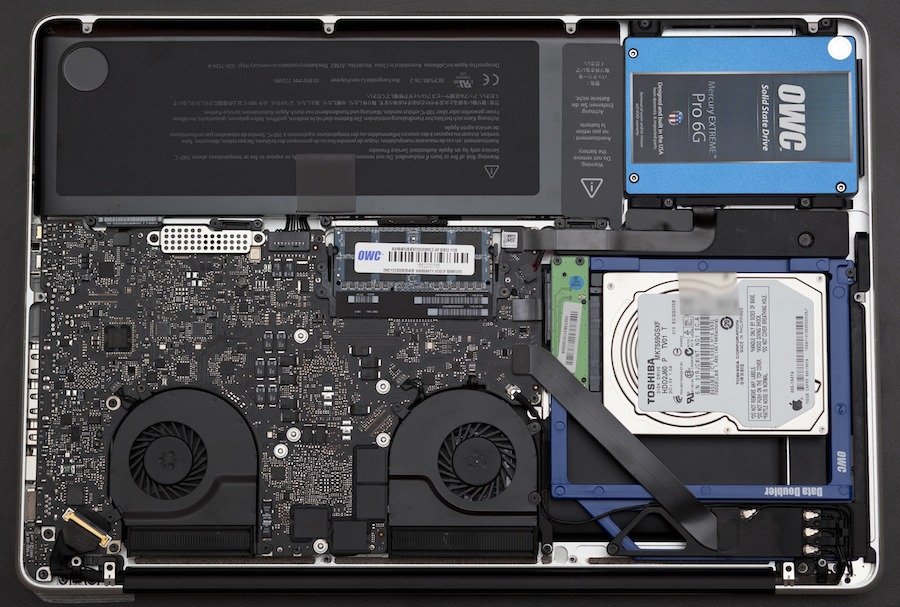 That’s 8 GB of RAM, a 480 GB SSD,4 and the stock 750 GB hard drive in the Superdrive bay with the Data Doubler. For my rare optical-drive needs, I got this CD/DVD/Blu-ray burner, which is portable and bus-powered even though I don’t anticipate taking it anywhere.5

The new MacBook Pro’s front edge is much less sharp than the edge of the 2009 model, and I took a macro photo that looks like a butt to confirm: 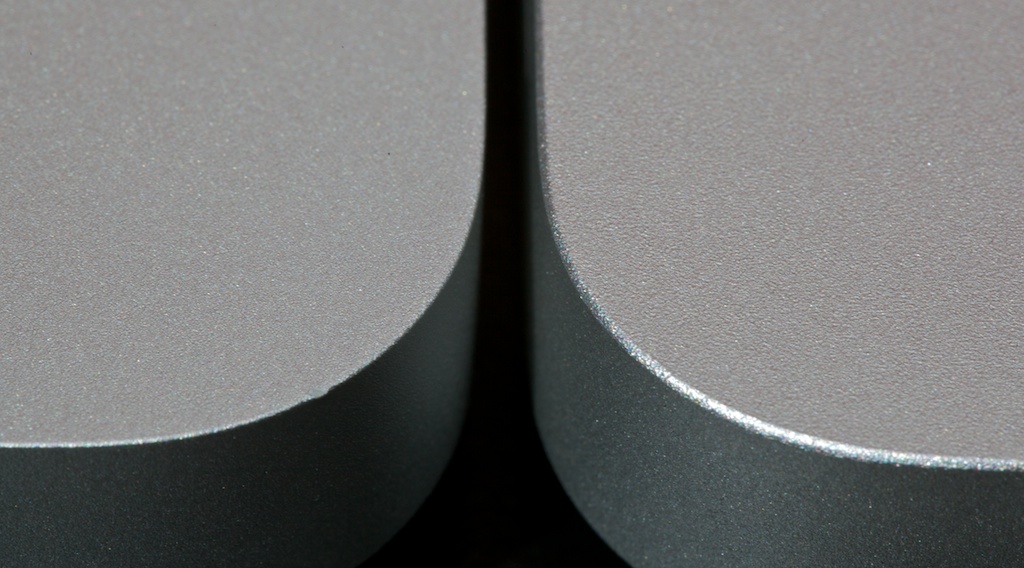 I need more time to form a concrete opinion, but it seems so far that this CPU’s awesome performance definitely comes at a cost of increased heat and reduced battery life. For my intended usage as a desktop most of the time, that’s an acceptable tradeoff.

I’ve been using it full-time for a few days. So far, it’s an awesome system, it’s as fast as my Mac Pro was (and even faster in some ways), and it feels great to be back on one computer again.