I get a lot of good feedback from developers who say these posts are helpful, so I don’t feel bad spamming everyone with updates every few months.

Here’s my most recent data from people using the Instapaper app: 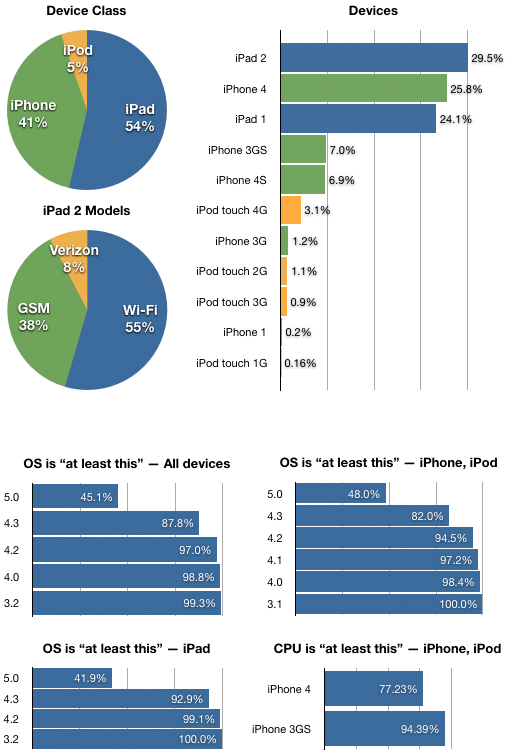 Compared to August’s data, you can see a few unsurprising trends:

We can also extract a bit of insight into Apple’s device sales: