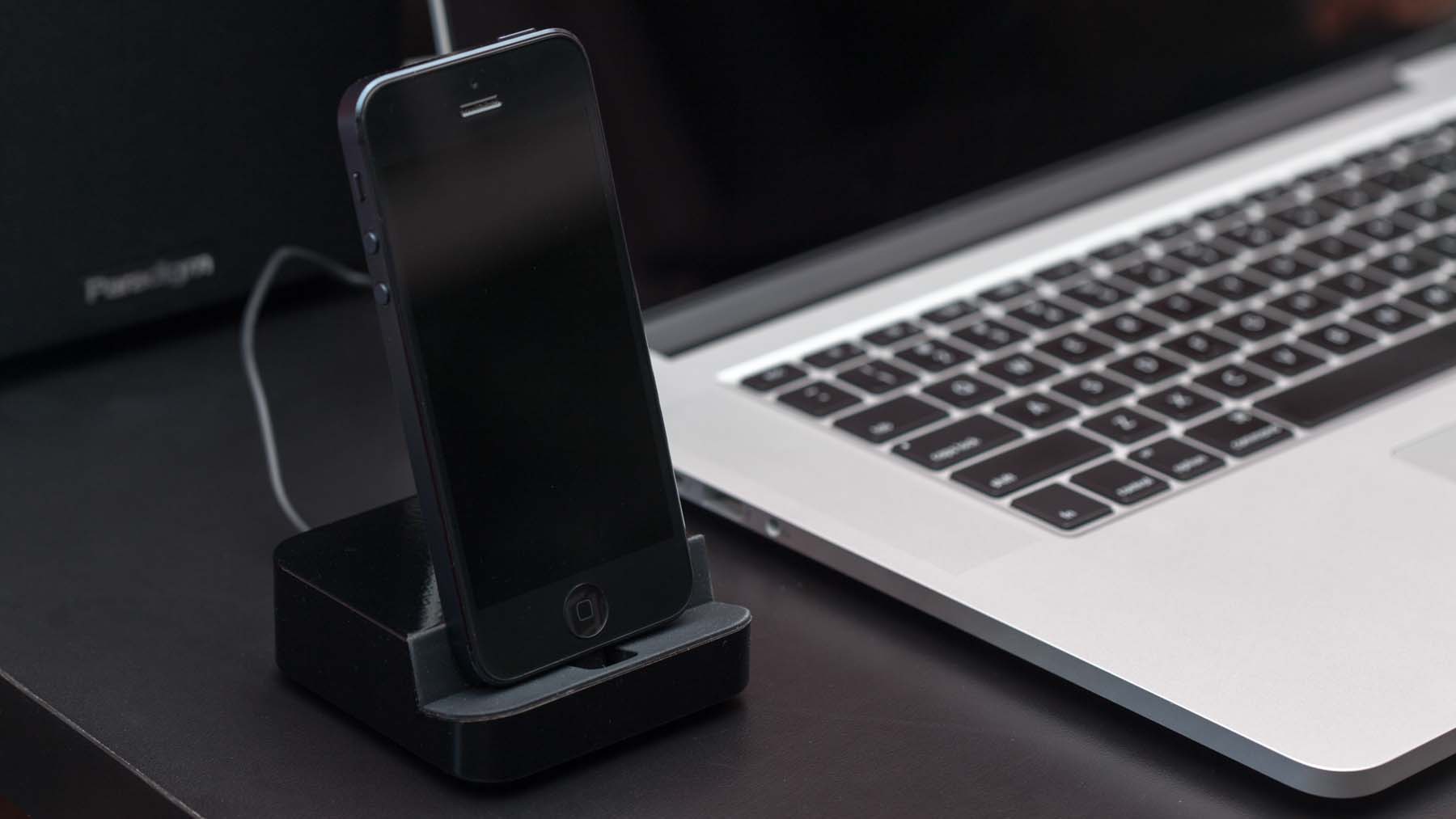 Its design is extremely simple: 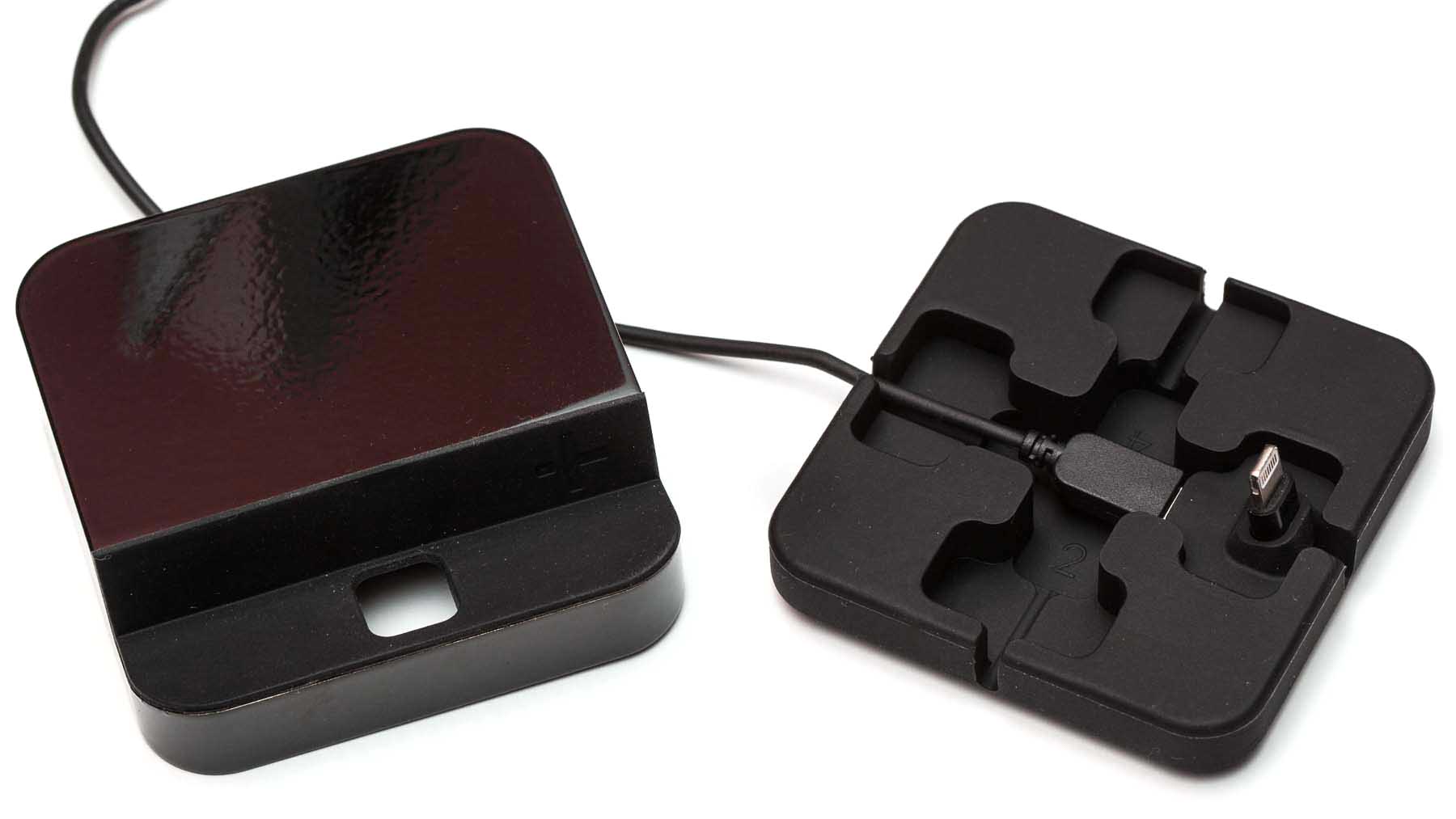 The Lightning plug is very well-done: the phone mounts and dismounts very easily. The plug also easily flexes in its rubbery mount, so you can pull the phone slightly forward while removing it and it doesn’t snag, resist, or pull the dock with it. It works far better than the Elevation Dock’s Lightning kit.

Minimal assembly is required: the steel top lifts off the silicone base (sometimes unintentionally — don’t plan on picking it up a lot), revealing configurations for four possible phone thicknesses. And you need to connect the internal Micro-USB plug yourself, but this is actually a feature: the cable is easily replaceable. The simple construction is great compared to the Elevation Dock: one could reasonably do an entire cable swap or phone-thickness change with no tools in about 10 seconds.

Build quality is mixed: while the steel top is smooth and seemingly well-made, the top silicone gasket seems poorly fit, with inelegant, abrupt edges and a small lip sticking above the top of the steel: 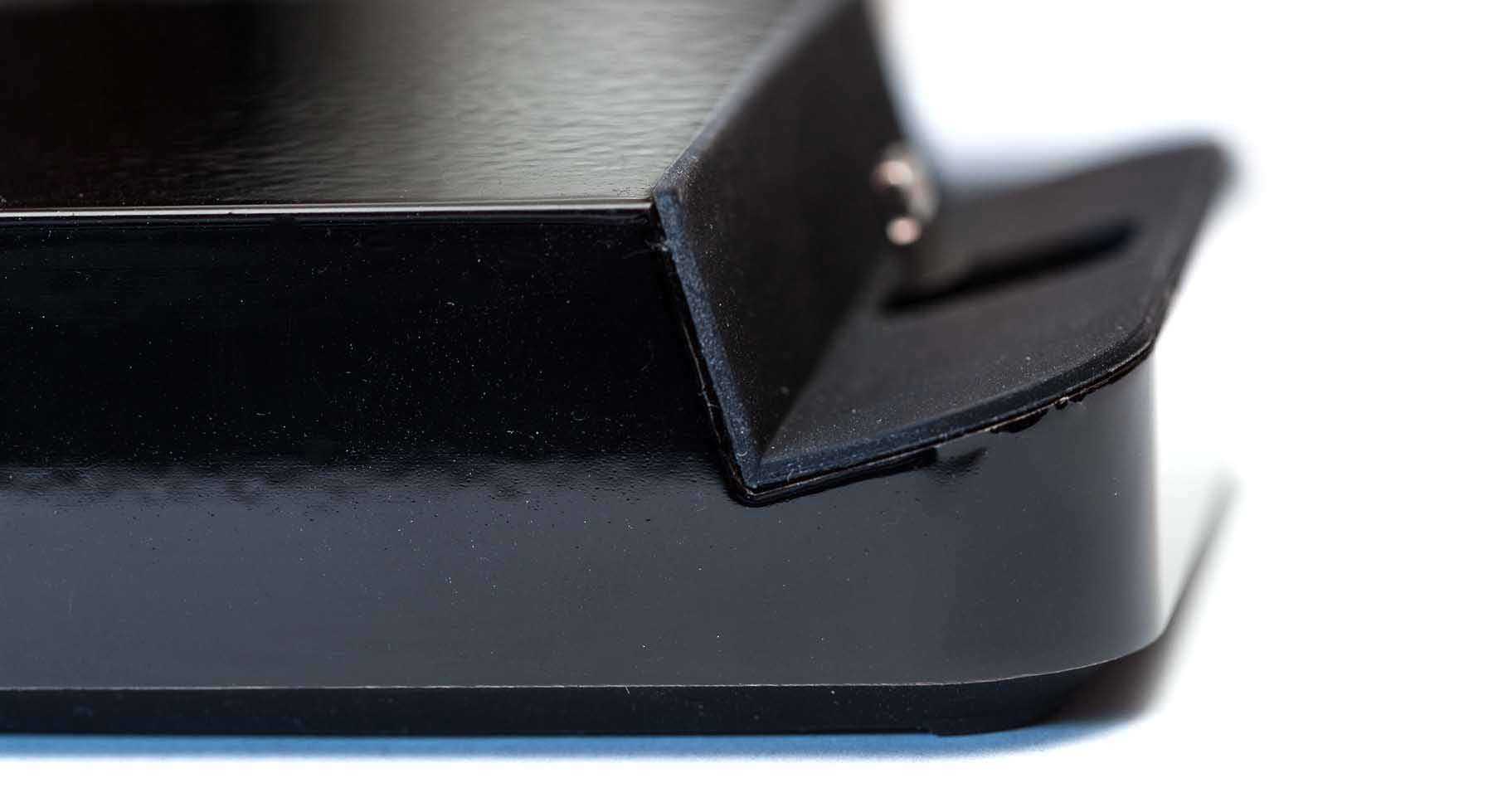 I also couldn’t get my phone to charge at first unless I pushed down firmly on it each time. The plug on mine is set slightly too low to make good contact. I don’t know if this is a design flaw or imprecise manufacturing of the silicone base.

Fortunately, the flexible design let me fix that in 10 seconds, for 10 cents: 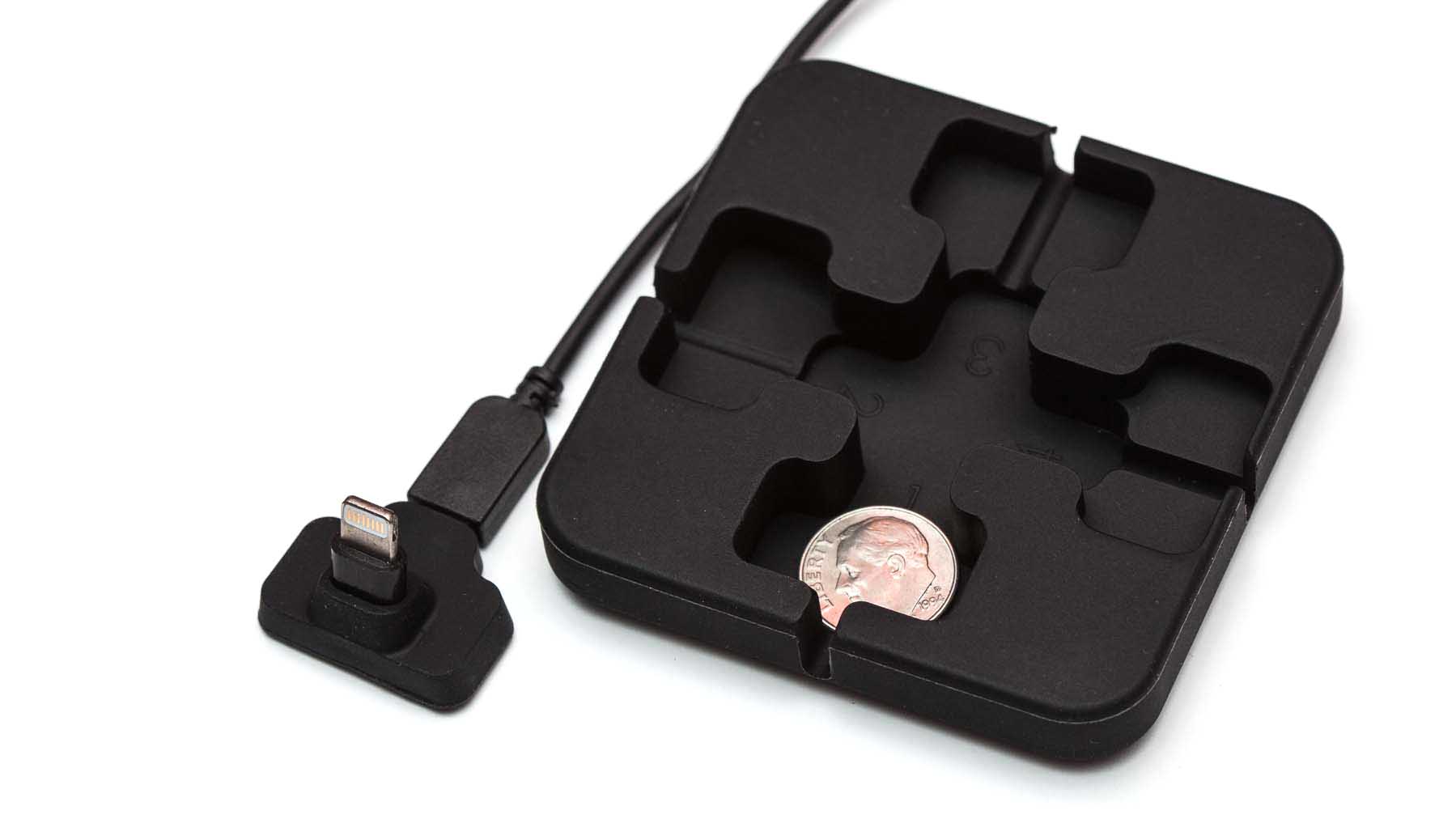 The entire design feels squishy and imprecise. It doesn’t feel like a hundred bucks, that’s for sure.

But functionally, I like it a lot. If you want a dock, I tentatively recommend it. (I’ve only had it for an hour and don’t want to spend a week reviewing a dock, so take that with a grain of salt.)

And it works just as well with an iPad Mini as it does with my iPhone 5. The design is simple enough to accommodate both.

The Elevation Dock is much better-made (and better-looking, in my opinion), but it rigidly defined an inflexible design that failed miserably when a new iPhone came out.1

The squishy, imprecise design of Dock+ should actually reasonably future-proof it. In that way, this is actually the best-designed iPhone or iPad dock I’ve ever seen: it’s the only one that I’d expect to last at least two or three device generations.

You can preorder one if you’d like — the current shipping estimate is 3–5 weeks, but I wouldn’t count on that, so I’d suggest ordering soon if you want one. On the other hand, with the next iPhone due to be announced in just two days (and the next iPads pretty soon), it may not hurt to wait.