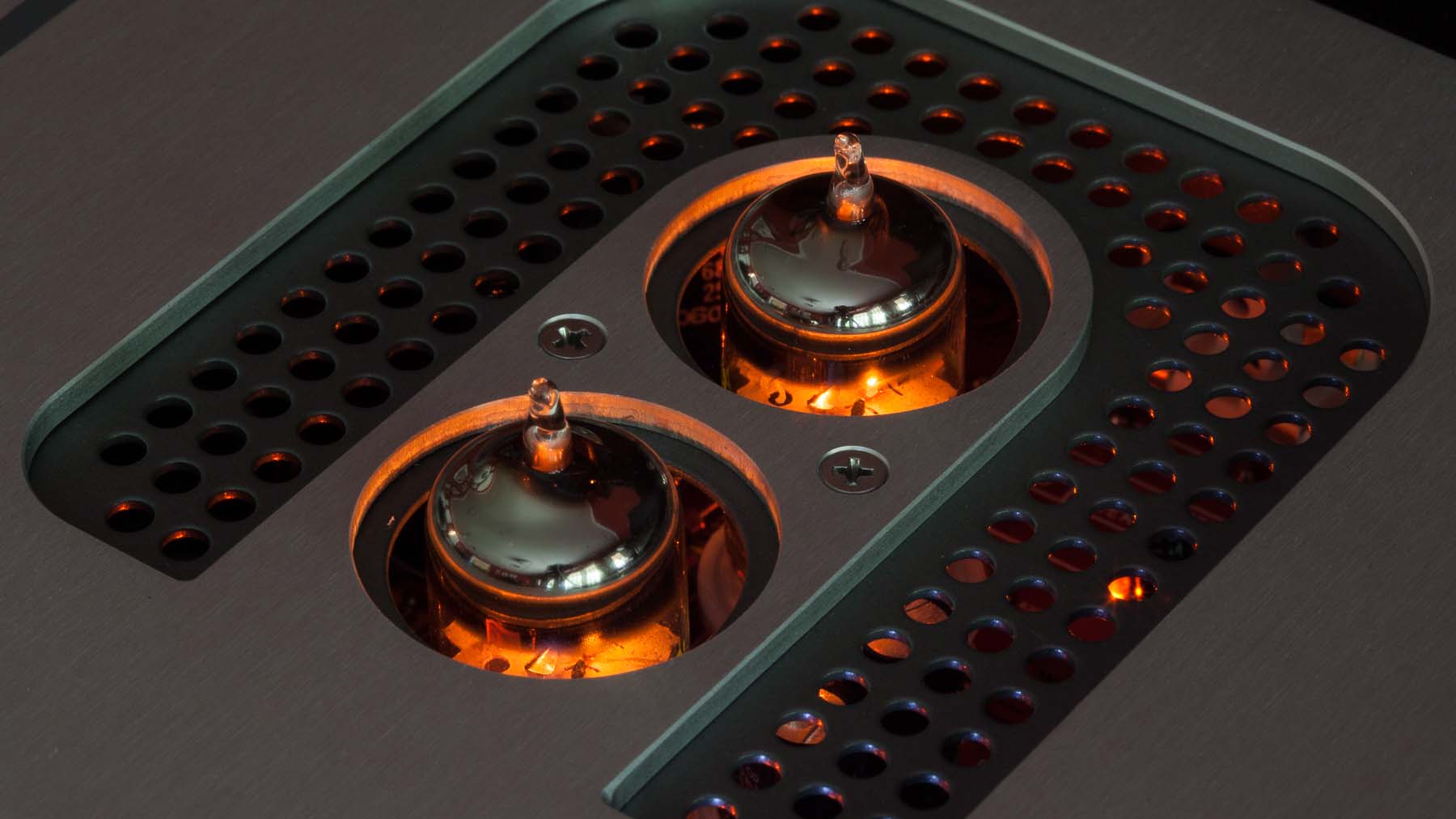 $700 might not sound like a great value in headphones, but many high-end headphones are much less. Even most “audiophiles” would have very few serious recommendations above that (most would have only one or two). That’s saying a lot — audiophiles can go really far off the deep end with most equipment.

And most headphone buyers don’t need to go anywhere near $700: there are some fantastic headphones under $300, and many great models under $150.1 If you were buying a pair of speakers, $700 will get a midrange set, finding anything good at $300 would be difficult, and you couldn’t get much of anything for $150.

Full-sized headphones2 also last practically forever relative to other electronics: I used the same $100 pair every day at work from Pittsburgh in 2005 through every day I worked at Tumblr, almost all time spent developing Instapaper, every episode of Build and Analyze and Neutral, the first few ATPs, and most long flights I took over that time. And they still work perfectly well — I only stopped using them because the original (but replaceable!) earpads are finally disintegrating and I wanted to upgrade to higher-end models.

Since I work at home, I can also usually work with open-backed (or simply “open”) headphones. Most of the best full-sized headphones in the world are open, and you can get dramatically better sound quality at a given price with open headphones. (The downside is that they provide effectively no isolation either way — you hear noise from around you, and the people around you clearly hear a tinny, annoying rendition of your music. Please know what you’re buying and don’t wear open headphones near other people.)

So when my wife requested that we move my best open headphones to her desk, I took the opportunity to upgrade. I wanted excellent sound quality, but I didn’t want to sacrifice long-term comfort, I didn’t want to spend over $700, and I didn’t want my headphone choice to require an upgrade to my nice, small desktop speaker/headphone combo amp.

I couldn’t find anywhere to try most of the high-end models in person, so I turned to research. I spent hours looking through HeadRoom and read this entire mega-review. I read opinions, compared charts, and even bought a crazy app that simulates high-end headphone sound signatures with a parametric equalizer. (It works enough to give you a rough idea, but that’s about it.)

Most of my research led me right back to the Beyerdynamic DT-880 that I already had. While many high-end headphones are regarded as sounding better, almost nobody has credibly said that another model is more comfortable for long listening. But I wanted to see if there was something I was missing at the higher end — after all, I hardly ever buy new high-end headphones, so I wanted to make sure I was getting great ones.

Eventually, I made a decision: I got the highly regarded Sennheiser HD 650. I spent a few days listening to them exclusively, and while they were very comfortable, their reduced treble response didn’t sound very good to me, and their silver-plastic construction looked and felt far below their $500 price. Put simply, they sounded timid and felt cheap.

Since I had some time before the return window expired, I decided to see what Beyerdynamic had done since the DT-880: I borrowed the highly regarded Beyerdynamic T1 (despite being well above my intended price range) and ordered the newer T90, which looked promising but had very few reviews yet. 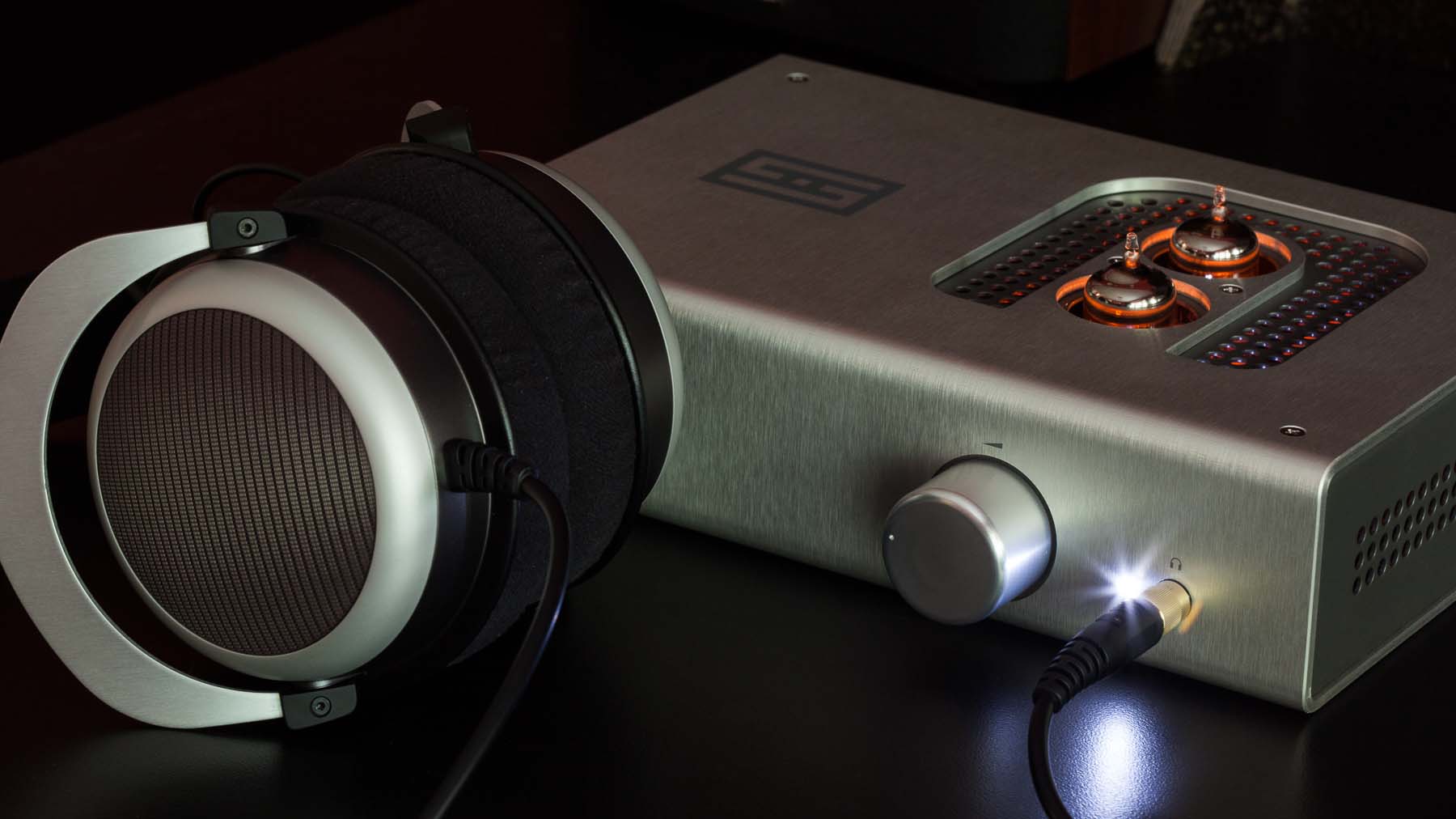 In order to give these headphones a fair shot, I also borrowed two more amps to test alongside my Icon-2: my audiophile cousin’s Bottlehead Crack, and a high-end Lyr that Schiit (pronounced exactly as you’d hope) was kind enough to loan me for this article.

I’ve tried playing with most of these variables, and I’ve only found a handful of them to matter in a way that’s noticeable to me when I’m actually drinking the coffee.

That’s a good thing, really. If I’m perfectly satisfied not worrying and fussing about most of these factors, and can happily enjoy a cup of world-class coffee every day with relatively little expense or effort, that’s a win in my book.

Critically, I’ve also discovered that my tastes differ from what coffee experts usually agree is “best”. I’m rarely extremely happy with what I get from well-known great-coffee vendors like Stumptown and Tonx because they roast too light for my taste. Their coffee still tastes good to me, and it’s a million times better than Starbucks and other mass-market chain coffee. But I prefer a Full City roast, and if I had to guess, I’d say most of what I’ve had from Stumptown and Tonx has been a New England to American roast — much lighter roasts that substantially change the flavor profile.

They’re roasting for most coffee geeks, but I prefer a different style. (This is why I home-roast.)

Audiophiles swear that every factor matters. Every component, down to the power cables, has infinite room for expensive upgrades that supposedly deliver better sound in subjective ways that sound like pompous, obtuse, pre-Gary Vaynerchuk wine reviews. If you claim not to get the same results, there’s always another inferior part of your setup to blame. (Much like alternative medicine and paranormal phenomena.)

In addition to the costs, high-end audio can also quickly become a pain in the ass. Not only do you start needing more separate components to replace what was previously integrated into one, but many of them are finicky and unreliable. My NuForce Icon-2 is the least reliable audio component I own, often dropping one channel or developing a popping noise until I unplug it and plug it back in.

Vacuum-tube amps are even worse. They’re inconsistent, often introducing a constant low-volume hiss, occasional pops, or bizarre-sounding electrical interference noise. And like incandescent light bulbs, tubes burn out and need to be replaced after a few months or years.

The audiophile community is rarely happy with the stock tubes that come with amps, instead recommending obscure aftermarket tubes from the 1960s to get desirable sound signatures. Two of the most frequent aftermarket tube sets recommended for the Lyr were cheap on eBay (Tungsram Tesla and 6N1P-EV), so I got them for testing as well. 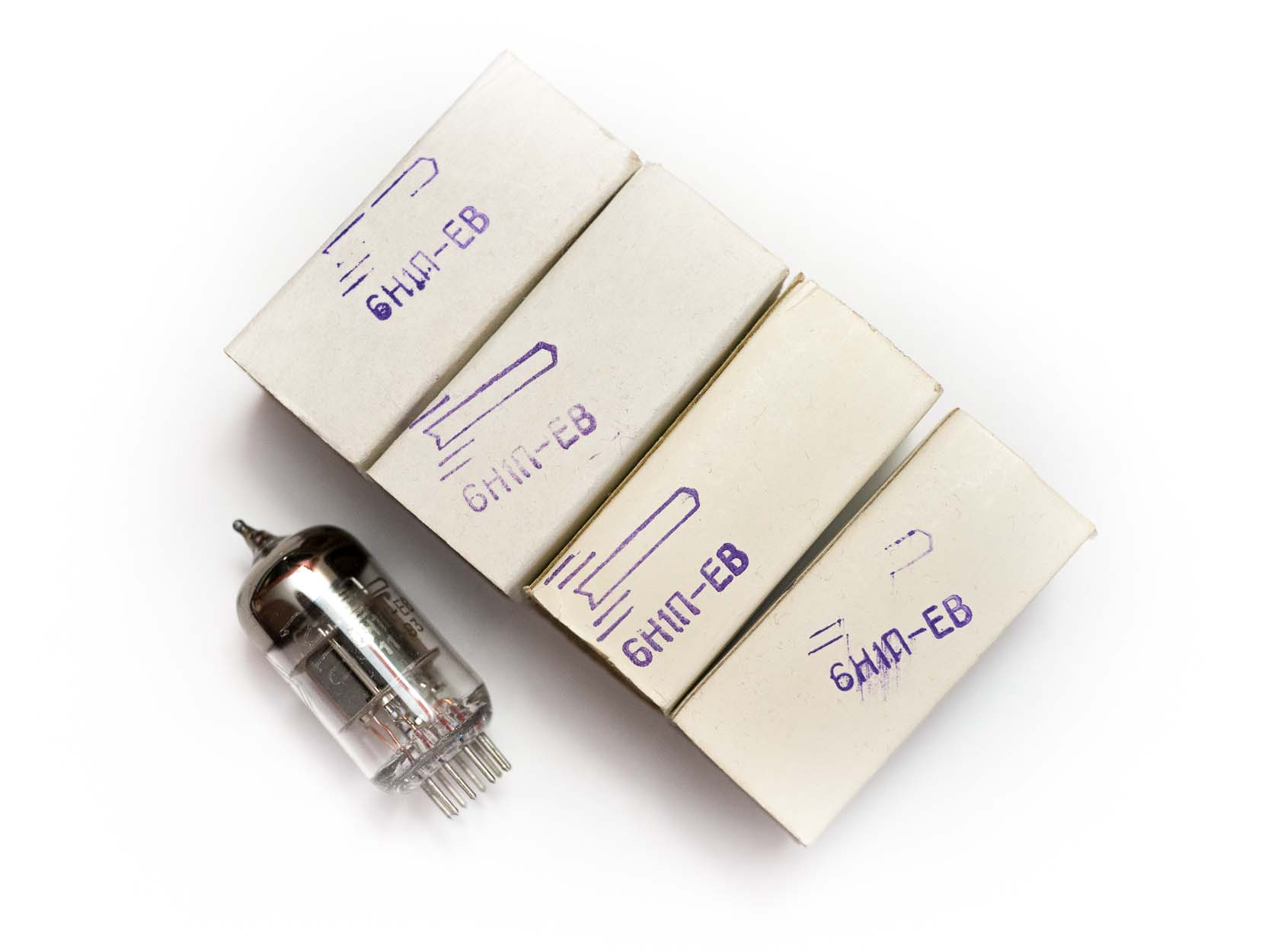 I bought parts for Soviet missiles on eBay because I’m an idiot.

It’s nearly impossible to find proper blind tests on high-end audio equipment, but most claims and common wisdom don’t stand up to scientific scrutiny. (Seriously, read those last two. It’ll be a while. I’ll wait.)

Evidence suggests that most amps don’t really sound different under non-distortion conditions (as long as they have enough power). I’ve suspected the same about high-end DACs, despite frequent contrary claims.

But I wanted amazing sound from my headphones, so I tested the growing mass of gear around my desk for over a month. I tried every combination I could between the three amps and four DACs. I didn’t have the resources to do a proper blind test, but I gave everything a fair shot with different kinds of music, different volume levels, and both long-term listening and rapid A/B testing.

I’d love to tell you that the best-sounding combo was the most expensive, following some of the audiophile community’s most popular recommendations: the Schiit Lyr with the Beyerdynamic T1 and HRT DAC.

It did sound amazing.

It’s worth buying a separate amp if you need the power to drive big, high-impedance headphones, or if it provides other features that you need in practice, such as a hardware volume knob or multiple inputs. For audio quality alone, I haven’t found a reason to recommend an upgrade if your existing setup can drive your headphones to acceptable volumes.

The DACs fared even worse: I couldn’t detect a difference in any of them. To my ears, the sound was identical between my iPhone, Mac, and both audiophile DACs.3

Fortunately, the headphones are another story.

The HD 650’s timid sound and tacky plastic weren’t right for me, but I can tell why so many people love its sound: its timidity is comfortable, mostly balanced, and unobjectionable, much like medium-roasted coffee.

The T1 was very good, but I never got it to sound like its price. It was also significantly heavier and had a much bulkier cable than the cheaper Beyerdynamics, so it wasn’t as comfortable.

The T90 is clearly the successor to the venerable DT-880. It’s almost exactly the same size, shape, and weight, with nearly identical construction. It’s just as comfortable as the DT-880, too — an extremely high bar. And it sounds more crisp and detailed than any other headphones I’ve ever heard, including the T1.

Audiophiles criticize many Beyerdynamic models for having too much treble, and they’re right. The slightly aggressive treble is one of the only downsides of the DT-880. The T1 is slightly more balanced, but the T90 has even stronger treble than the DT-880, making that the only downside of the T90. But I actually like it a lot of the time, especially when listening to live concert recordings (Phish or otherwise).

The T90 has practical advantages over the others, too: not only is it the most comfortable for long listening (tied with the DT-880), but it’s incredibly easy for amps to drive — even my iPhone and Mac can drive it pretty loudly, unassisted. While a headphone amp can help it reach the loudest volumes, it’s not necessary for most T90 owners.

As I’ve figured out that most coffee geekery doesn’t matter to me, I’ve been freed to invest time and money into only the parts that I’ll notice most. I’ve also learned that my tastes differ slightly from the expert community’s.

Through this big headphone experiment, I’ve learned that the same is true for my audio equipment.

But it’s too easy to get wrapped up in the mostly-placebo obsession with the surrounding gear, or convince yourself that you need to hear what audiophiles hear and have the same opinions.

Any audiophile who reads this article will find endless flaws and omissions to justify disregarding it and discrediting me. I haven’t found a way to try the Sennheiser HD 800 or Audeze orthodynamics yet. I only tried a handful of DACs and amps, and none were more than a few hundred dollars. I listen with a computer, and it’s often playing lossily-encoded Phish with iTunes (gasp!). This wasn’t meant to be a comprehensive review of tons of high-end headphone gear.

But I think it’s poor advice to tell people that their $200–400 headphones “probably don’t sound as good as they could” without a $200 DAC. I expected there to be at least some noticeable differences between these high-end amps and DACs, but I just couldn’t hear any.

Your money’s better spent on the best headphones you can afford and whatever reasonably priced amp can give them the power they need, if they really need one.

Give yourself permission to draw the line somewhere. There’s always something “better” available. You don’t need every upgrade. You might not even notice it. And there’s no shame in realizing that you can’t tell the difference, or that you like things a bit differently than the experts.

(I’m writing that for both your benefit and my own.)

When you test audio gear, you focus on it much more than usual. You pick great, varied, well-recorded music, you play it a bit louder than usual, and you pay attention to the details. You immerse yourself in the music, create an experience with it, and appreciate it. That’s why new gear always sounds so good.

You can do that anytime you’d like without spending a dime.