Overcast 2.5 is now available, bringing major under-the-hood improvements and some of the most requested features to my iOS podcast player.

A dark theme has been Overcast’s most requested feature since 2.0 knocked streaming off the list. I also wanted to offer patrons something special for supporting Overcast, but didn’t want it to be something for which its absence would make the app significantly worse for non-patrons (like the old pre-purchase restrictions). The dark theme was a perfect fit. 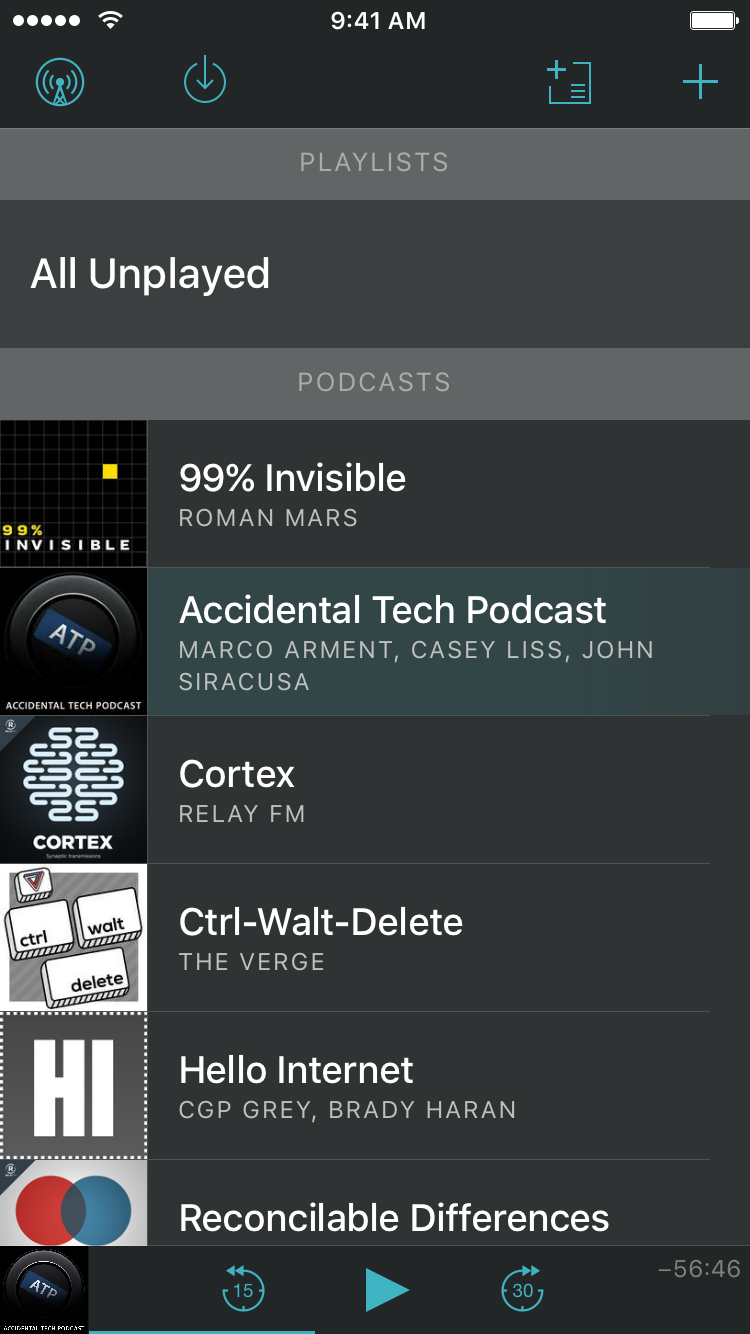 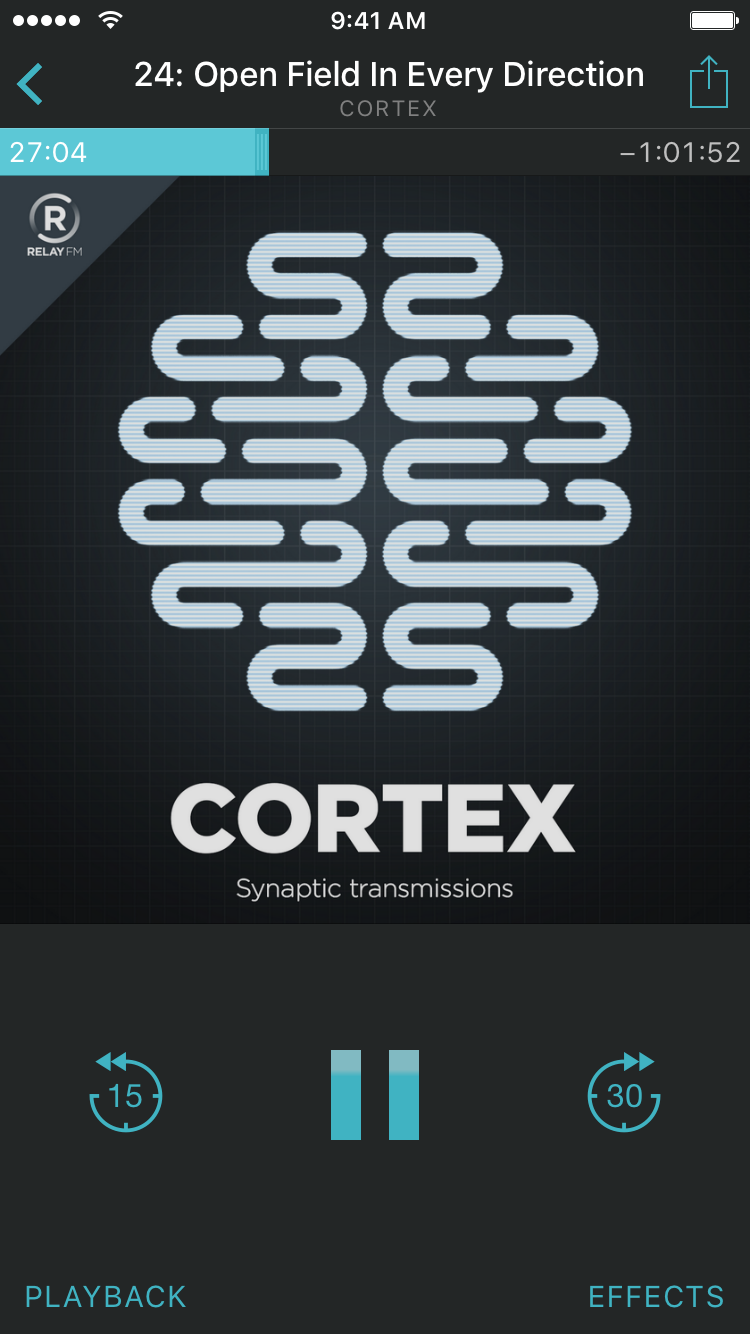 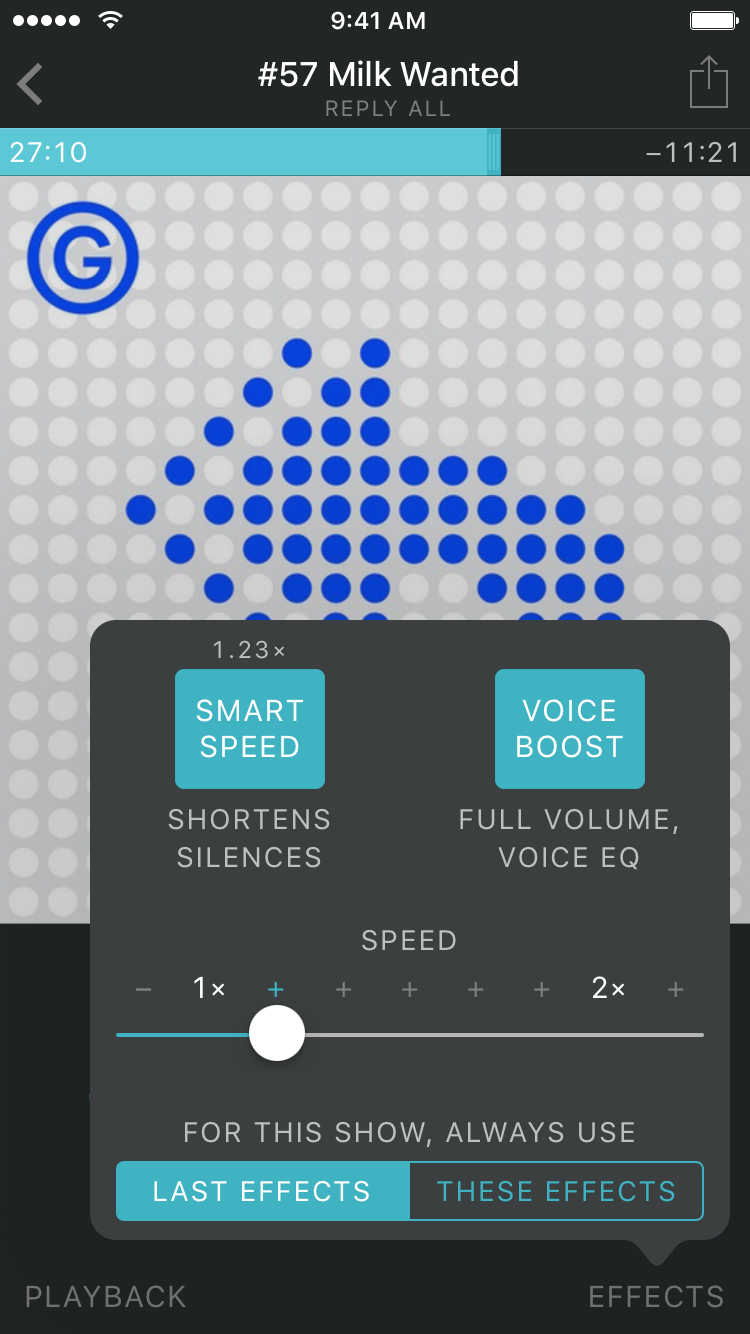 It features Apple’s new San Francisco font and a modern blue accent color for a fresh new look that’s still distinctly Overcast. I love it, and I hope you do, too.

I also often get requests for Overcast to play files outside of podcast feeds, such as lecture recordings, audiobooks, and privately distributed podcasts. 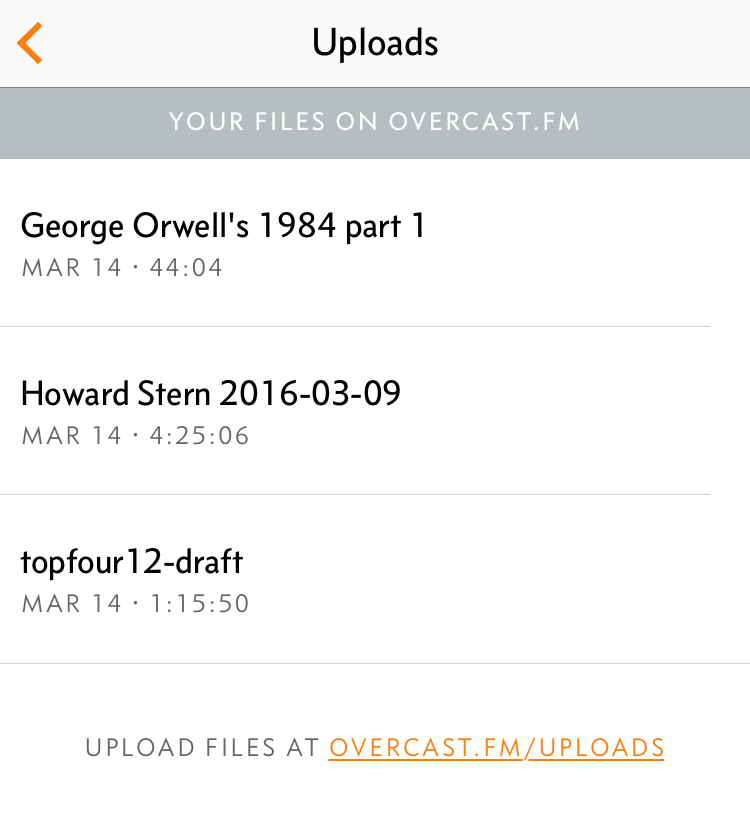 The new Uploads feature lets patrons upload DRM-free audio files for their own personal use (not publicly shared). One unexpected use I’ve found for this: podcast producers playing draft episodes before publishing.1

I don’t know anyone who couldn’t use a bit more battery life from their iPhone, so I wanted to make sure I was doing everything I could to minimize Overcast’s power consumption.

Apple doesn’t provide precise enough tools or APIs for developers to usefully measure real-world battery consumption, so I first had to make my own battery-benchmarking tool using private APIs.2

Overcast was already pretty efficient, but the EQ-bars visualizer was a significant battery drain (and was so distracting that a very large portion of users had disabled it), so I’ve replaced the visualizer with a smaller, simpler, far more efficient one inside the Pause button:3

Old visualizer bars at left, new bars inside the Pause button at right.

After many hours of experimentation and optimization, I’ve highly optimized Overcast’s audio engine and UI to match or exceed the efficiency of Apple’s built-in Podcasts app in normal playback.

In the first two graphs, these aren’t realistic numbers for real-world use. The testing iPhone was running no other apps, received no notifications, was connected only to Wi-Fi (no cellular), and except in the last graph, wasn’t actually driving any headphones. The tests were designed to test efficiency differences in the audio engine and playback UI. Only their relative differences matter, not their absolute values:

Approximate hours of battery life on iPhone 6, headphone cable to nothing

As you can see, turning the screen off is a huge battery saver.

People often ask whether faster playback speeds or Overcast’s Smart Speed® and Voice Boost® effects use significantly more power. Fortunately, they have only a small effect on battery life:

Speeds in Overcast 2.5 and Apple Podcasts

Approximate hours of battery life on iPhone 6, screen off, headphone cable to nothing

Finally, while I was set up for testing, I wanted to test the battery differences between different output types. For instance, how much of a difference is there between wired and wireless headphones? Is AirPlay a big battery drain?

Approximate hours of battery life on iPhone 6, screen off, at maximum volume

Some results were unsurprising: Compared to wired headphones, Bluetooth headphones cut battery life by about a third, while AirPlay cut it about in half. But the biggest battery drain is the built-in speaker, which is even more costly to the battery than AirPlay.

Maybe I thought I needed to improve battery life so much because I often play podcasts through the built-in speaker with the screen on. Now I know I shouldn’t, but it’s so convenient.

So I figured I might as well make it sound better.

The iPhone’s built-in speaker sounds, well, sub-optimal. In 2.5, with Voice Boost enabled, it sounds a hell of a lot better. 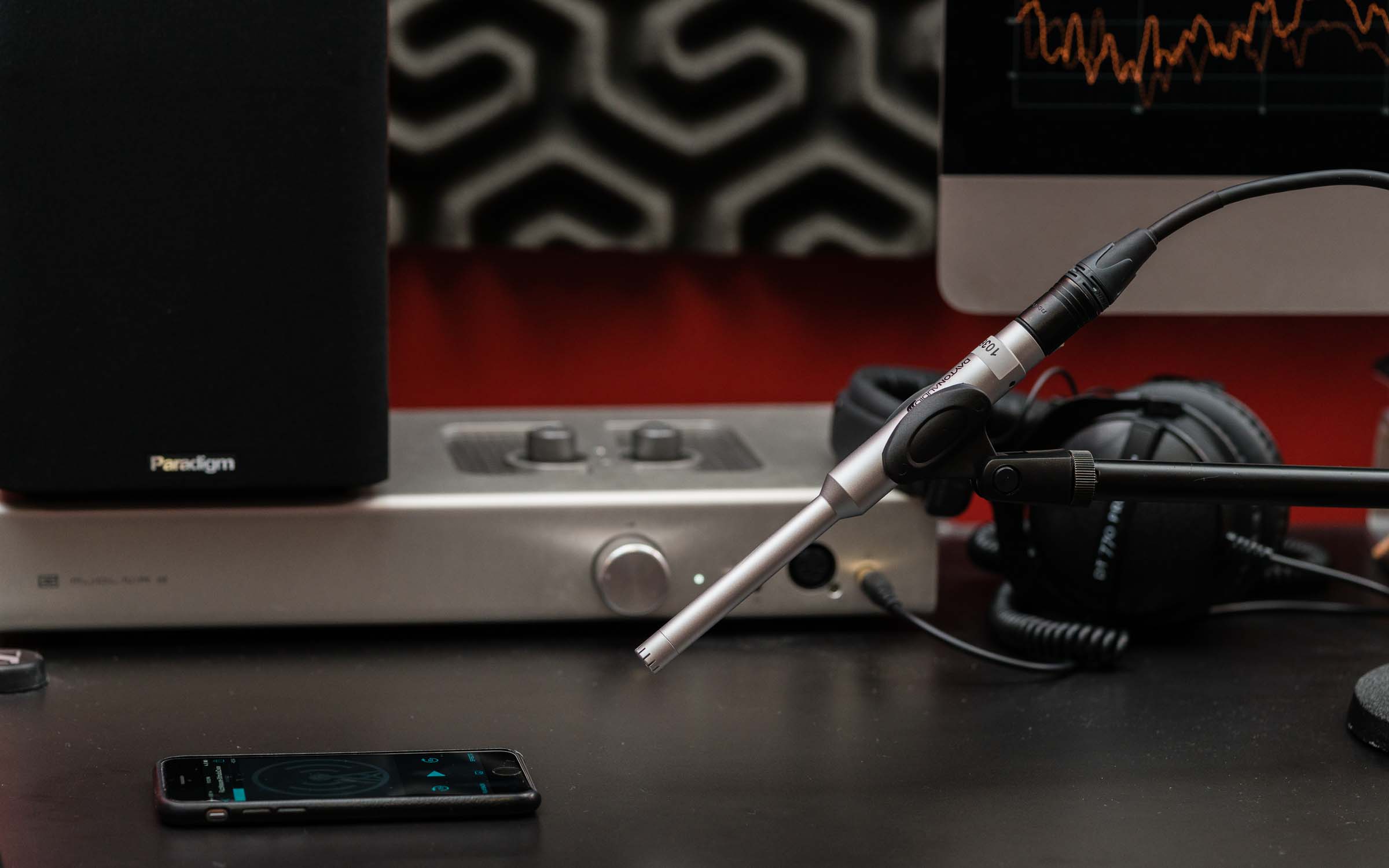 I’ve developed a separate Voice Boost profile for the iPhone speaker, which boosts volume even further than before while dramatically reducing real-world distortion and harshness, especially with the phone on a flat surface.

Overcast 2.5 is a free update, and everything except dark mode and file uploads is completely free for everyone. Get it now!