A few months ago, I wrote about my Nest thermostat boiler-pulsing problem. In short, when a common (“C”) wire isn’t present in a heat-only zone, on mild days where the heating system isn’t on for long periods, the Nest needs to keep its battery charged by rapidly clicking the heating system on and off in short pulses. Some systems react too slowly to the heating call for these quick pulses to do anything, but mine’s fast enough that each pulse causes a quick, unhealthy power cycle on something mechanical and loud (a motor of some sort, maybe).

After I published that, Nest updated their compatibility guide to warn people with single-stage, common-less wiring that it may not be compatible. And then they went above and beyond: they sent an electrician to my house, on their dime, to install common wires for my two Nests.

It wasn’t easy, and one of them started failing and reporting wiring errors when the common wire was connected. After a lot of trial and error, I finally found a configuration that works reliably:

So, while I finally found a stable configuration, my wife and I were wary of buying another Nest.

We’re currently renovating our home office, and its heating system needed to be on its own zone. The electrician installed this basic Honeywell T8775: 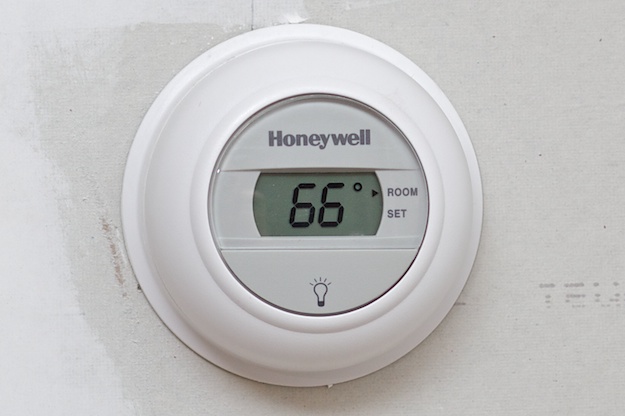 After the Nest drama, this was refreshing. We knew we’d miss the Nest’s awesome remote-control features and (admittedly still clunky) programmability, but we knew this would always just work so we could finally stop thinking about thermostats. Right?

Well, as we were watching the Top Chef finale tonight (no spoilers, don’t worry), we heard that dreaded boiler-pulsing sound that we hadn’t heard in months.

Shit, I thought. Time to pop the Nests off their bases to see which one’s causing it.

First one. Pop. Still pulsing. OK, not that one.

Second one. Pop. Still pulsing. The pattern was different than the Nest’s pulse pattern. Then it dawned on us.

You have to be kidding.

We walked over to the simple, just-works Honeywell. Pop. The pulsing stopped immediately. I put the Nests back on their bases, and there was still no pulsing. Sure enough, it was the Honeywell this time. 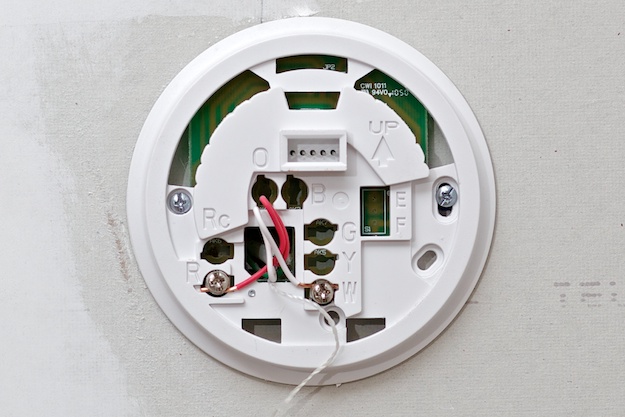 This model won’t even accept a common wire, so it has the same problem as the Nest: without a common wire or a battery on a heat-only system, its only way to keep itself charged on mild days is to pulse the boiler.

Since so many states have outlawed the old, passive mercury-blob thermostats, even basic models like this (or the even more basic CT87K) use electronic temperature sensors that need some form of power.

And my wife and I are starting to understand why this house came with three terrible, unreliable, ugly-beige-rectangle Honeywell programmable thermostats that went through AA batteries faster than a Game Gear.

So tonight, after realizing that the Nests were the most reliable thermostats we’ve had once we got the initial issues sorted out, I ordered1 another Nest to replace this new Honeywell. Since it’s a heat-only zone and the wiring has a currently-unused common wire, it’s probably a safe bet. And the Nest’s excellent remote-control features will certainly be welcome if it ends up working reliably.