UPDATE: It’s out now, much faster than expected!

This is slightly embarrassing: Instapaper doesn’t show Retina-resolution graphics on the new iPad yet.

Anticipating a Retina iPad, I’ve been shipping the 2X-resolution graphics in Instapaper since October. I assumed that if the app were to run on a Retina iPad, it would switch to the 2X graphics automatically.

I learned just yesterday that this isn’t the case: the new iPad will only show Retina graphics for an app if it has been built with the brand-new version of the developer tools that were released last week.

Two days isn’t enough for Apple to review anything I submit to them, so I knew yesterday that I was going to miss the release regardless of what I did. I had two choices:

I don’t like bombarding my customers with little releases, so I chose to bust my ass and finish 4.1.

It’s worth the wait: 4.1 is awesome. The headlining feature is the new selection of six beautiful, professional fonts designed for maximum legibility and long-form reading.

It’s in final testing now and I’m submitting it to Apple this weekend. 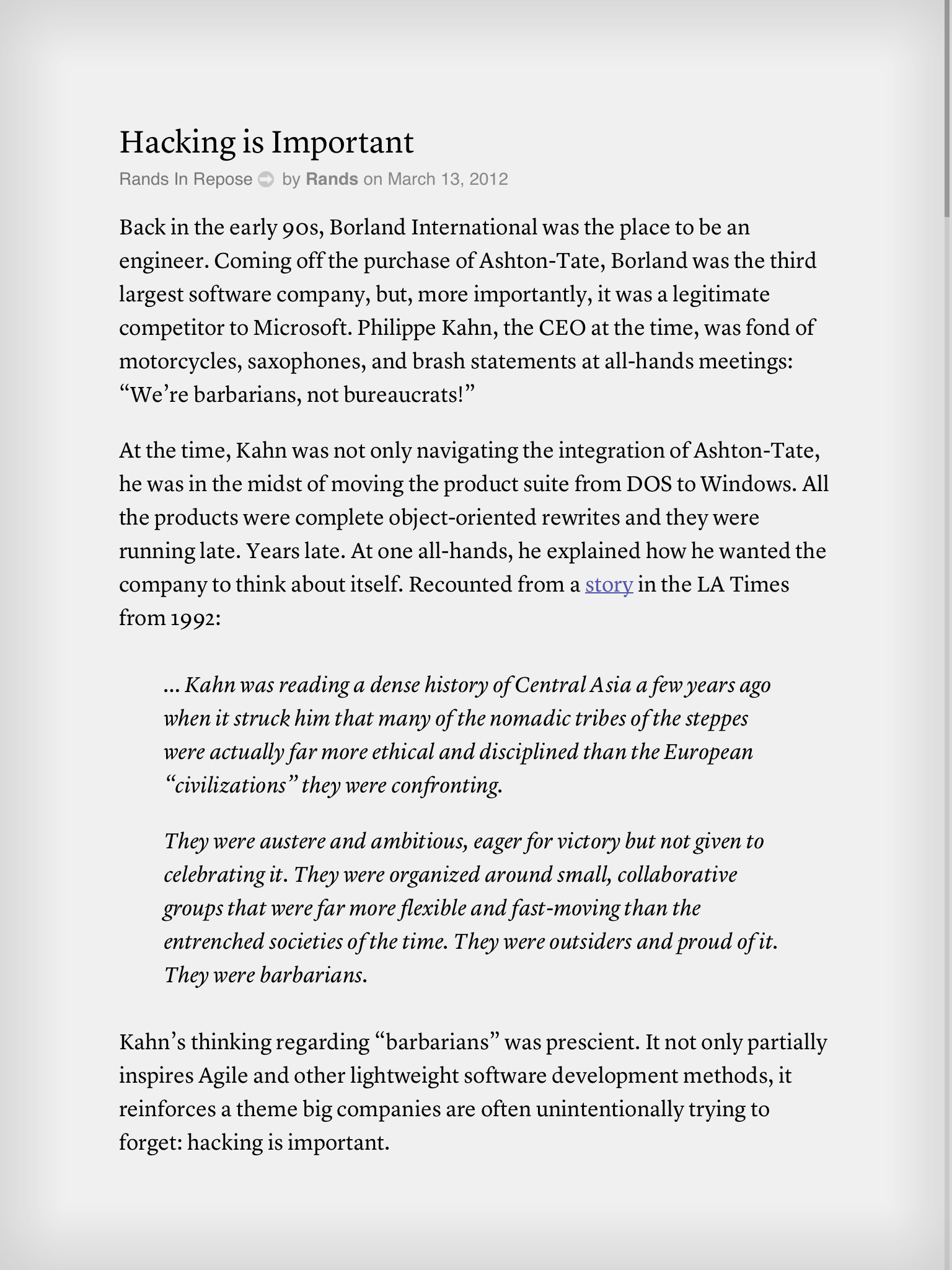 UPDATE: It’s out now, much faster than expected!