In April, I reviewed four LED light bulbs and compared them to other bulb types. The results were mixed:

I love the GE Energy Smart LED, but it really needs a 60W-equivalent version to be competitive. That said, I’ve already bought a few more of these because I like them so much. They’re great for table and night-stand lamps. …

I can’t recommend the Philips AmbientLED. The color is just too weird. But Philips is pushing LEDs forward very aggressively, and I bet they’ll have a more broad general-purpose LED lineup in the near future. I’d love to see Philips offer a cooler-colored option.

For applications where incandescent bulbs are still necessary or most practical, I still recommend the Philips EcoVantage halogen-incandescents, which are like incandescents but use about 25% less power, run a bit hotter, cost a bit more, and don’t last as long.

I’ve re-photographed some bulbs from the previous review under tonight’s conditions for the most accurate comparison with the new bulbs. I’ve also measured the power draw from each one using a Kill A Watt.

Once again, my setup is fairly reproducible if you want to compare my photos with other bulbs: I photographed them in an otherwise dark room against a white wall at 100mm, ISO 400, f/4, 1/100th with white balance set to 5000K.

(This is a Javascript image switcher. View on the full site to see and compare the bulb photos.) 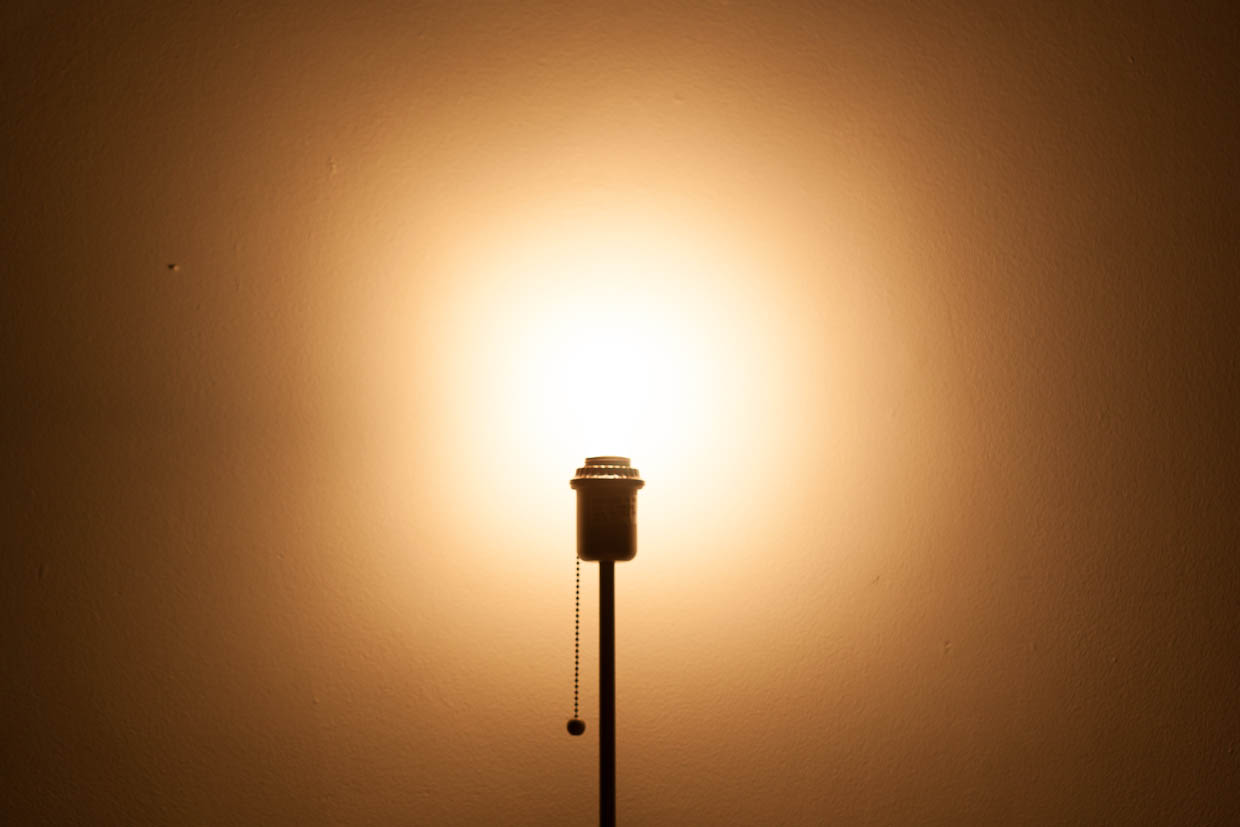 My opinion on this bulb stands: it’s great, and I’m pleased to see that it draws even less power than advertised. But it’s also only a 40W replacement, it’s a relatively poor value at $30, and it’s a bit cool-colored for some (although I like its color).

I’d love to see G.E. make a higher-wattage version of this bulb.

This is an excellent bulb. (Thanks to Ben Brooks for the recommendation.)

These are getting cheaper and more widespread, but I still don’t like this bulb. It’s too yellow, and its poor color spectrum makes objects in the room look strangely pink.

But it’s a hell of a bulb. Its light is still more yellow than the others, but it’s far less noticeable in use. It still has the short startup delay, just like the AmbientLED, but most people don’t care. And it only uses 10W (or less — mine’s only using 8), which nothing else in the 60W-replacement class can match. Admittedly, you probably won’t notice a 2–3W power-draw difference, but it’s impressive nonetheless.

And, subjectively, I think it’s noticeably brighter than the other 60W-replacement LEDs.

It’s far better than Philips’ older AmbientLED bulb, and it’s better than almost every other LED bulb on the market for many uses.

The L-Prize bulb is very good, and it’s the brightest standard LED bulb I’ve seen. But it’s $50, and its light is still a bit yellow. Worth a try if you’re a light-bulb nerd, but otherwise, probably safe to ignore until the price drops.