Allen Pike’s perspective on the Parse shutdown is great.

In particular, it’ll be problematic when possibly hundreds of thousands of iOS apps just stop working in a year because their developers have long since moved on, or their contracts expired, or they can’t afford to spend time on a significant update.

One of the most damaging side effects of unhealthy App Store economics is that developers have little motivation or resources to keep apps updated.

In the flush early days, Apple could release a new screen size or entire platform (like the original iPad), and developers rushed to support it as quickly as possible because we knew we’d probably see a return.

Today, Apple’s shipping new platforms and screen sizes like they’re going out of style, but so many apps are rotting in disrepair that very few developers are adopting them. The Apple Watch and Apple TV have relatively few apps and almost none that are great (on the Watch, maybe even none), and only a tiny subset of iPad apps support multitasking or the iPad Pro.

Apple needs a healthy developer ecosystem now, more than ever, as customers clamor for their new platforms to have more and better software — but now they’re paying for their own neglect of healthy App Store economics and tense developer relations for so long.

I hope Apple sees that as a problem. With the recent consolidation of the entire App Store under new leadership (Phil Schiller), maybe they do.

Trying to find the functional high ground in a long, horizontally scrolling list.

This week, we weigh the costs of external dependencies in the wake of the Parse shutdown announcement. Never longer than 30 minutes! (just barely) 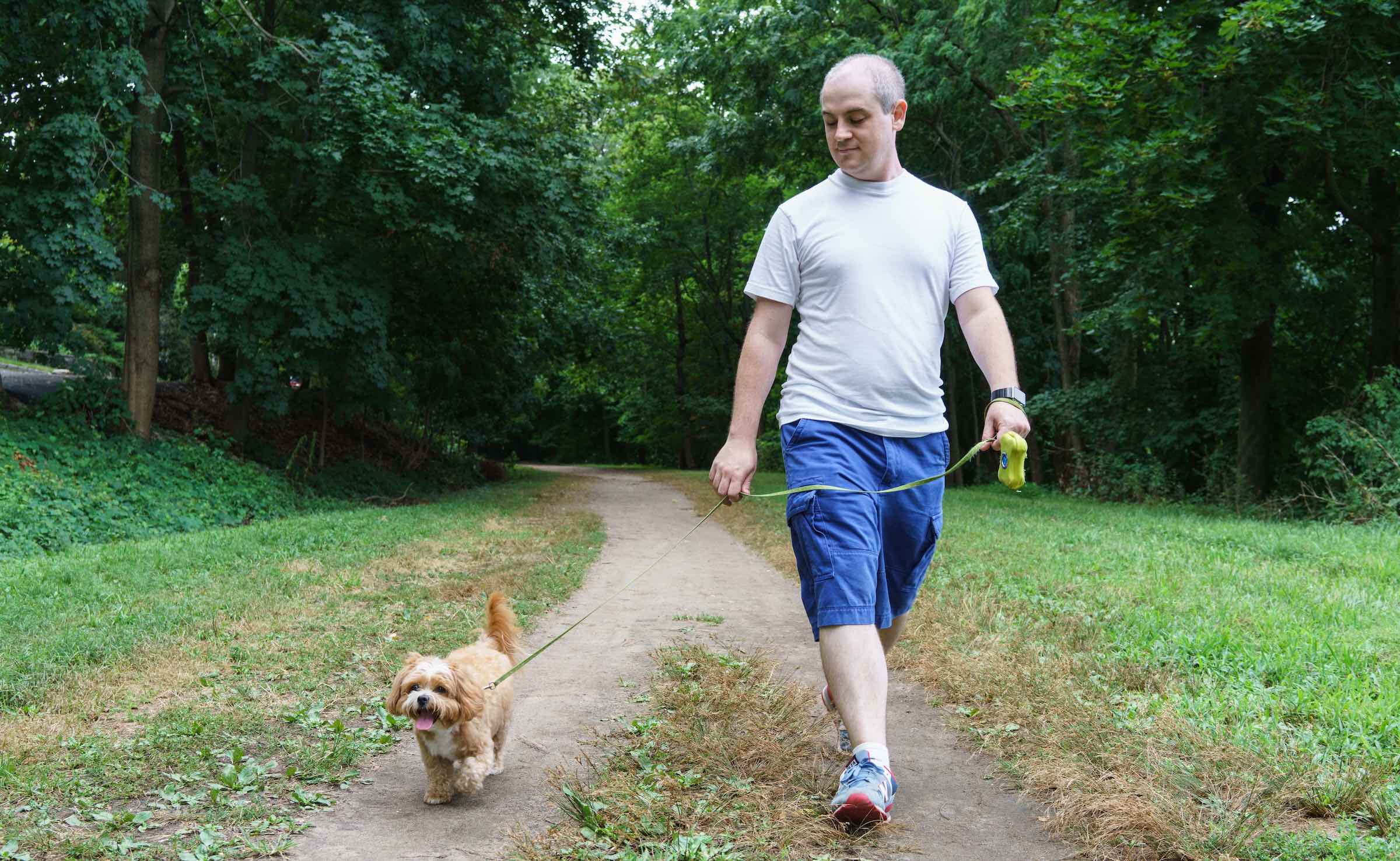 I never thought I’d be a watch person. (Or that I’d wear blue shorts.)

I didn’t need a watch. I had a phone and a computer to tell me the time.

But I got the Apple Watch on day one, because I’m a responsible iPhone app developer and I knew I’d need to port my app to it. I wore it almost every day for the next eight months.

The Apple Watch is a confused product, designed like a tiny iPhone, which is as misguided as it would’ve been to design the iPhone with the Mac’s UI and app structure. The result is promising, but clunky and slow. It could be so great at its three most useful functions — notifications, activity tracking, and timekeeping with robust complications — if only they were more reliable and better executed. Someday, I hope they are.

To be great, the Apple Watch needs to be rethought to do less, better. I see no signs that Apple is heading in this direction, but never say never.

Despite its flaws, owning the Apple Watch has a lot of upsides. The activity tracking, when it worked reliably, encouraged me to exercise regularly and improve my health. The notifications, when they’re delivered reliably, save many cumulative seconds pulling my phone out to see why it vibrated.

And, actually, it’s pretty nice to have the time on your wrist. Who knew? 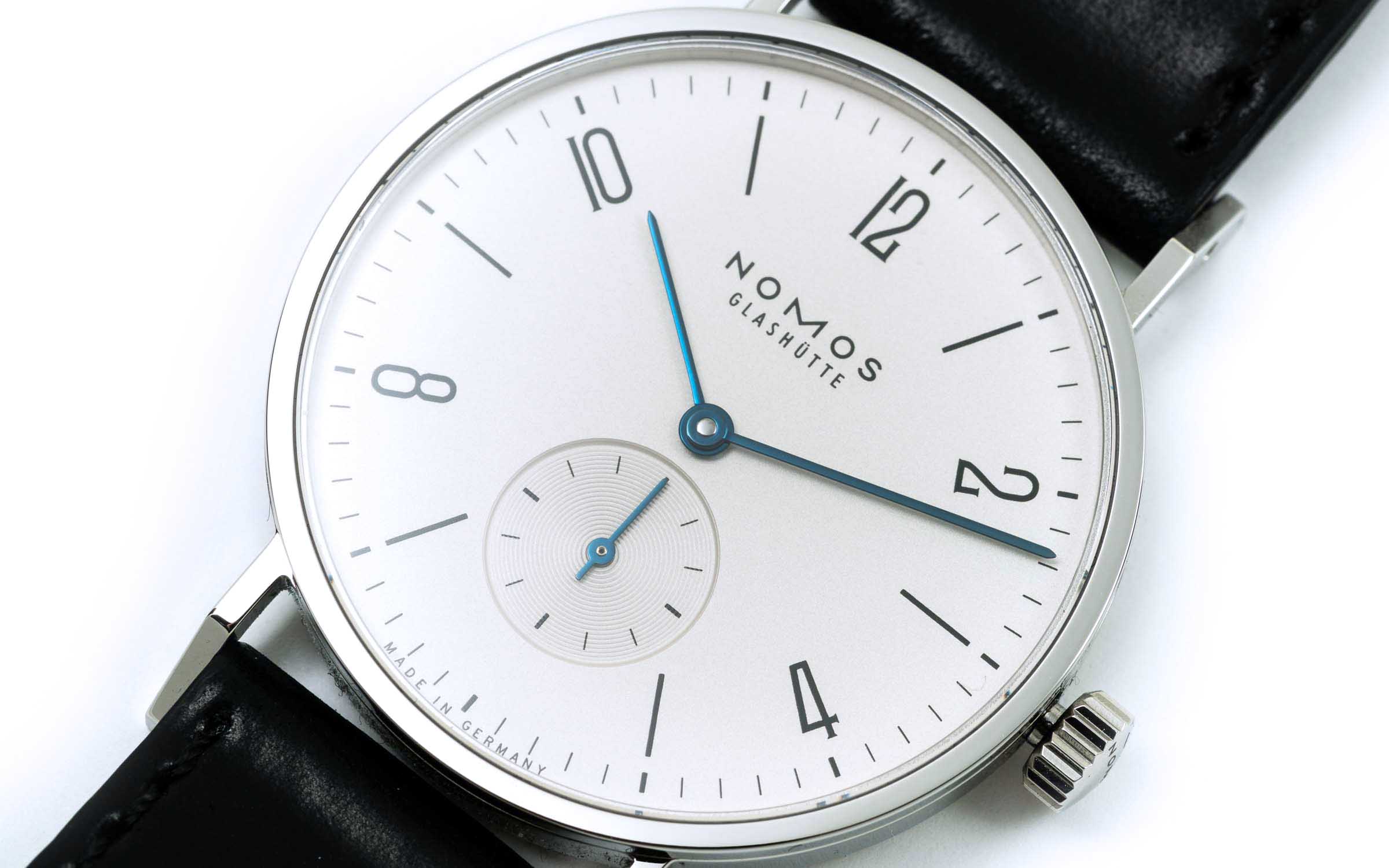 As it turns out, some people had already discovered this.

Timekeeping on the Apple Watch is especially frustrating: it gets you hooked on having the time always shown on your wrist, but like most of the Watch’s features, it’s unreliable. The screen stays off unless you tap it or twist your wrist, and if it doesn’t recognize the motion properly, you’re just staring at a blank screen until you get impatient and perform a second, exaggerated wrist motion, hoping nobody’s watching.

Even when it works perfectly, there’s a delay of about a second between when you raise your wrist and when the screen turns on. This is fast and convenient compared to checking the time on your phone, but feels like an eternity if you’re accustomed to glancing at a regular watch and having the time already being displayed, every time. Fortunately, I wasn’t.

I was happy enough with its almost-greatness not to look around for a while, except for one problem that I blame Apple entirely for:

The Apple Watch got me to care about watch fashion. 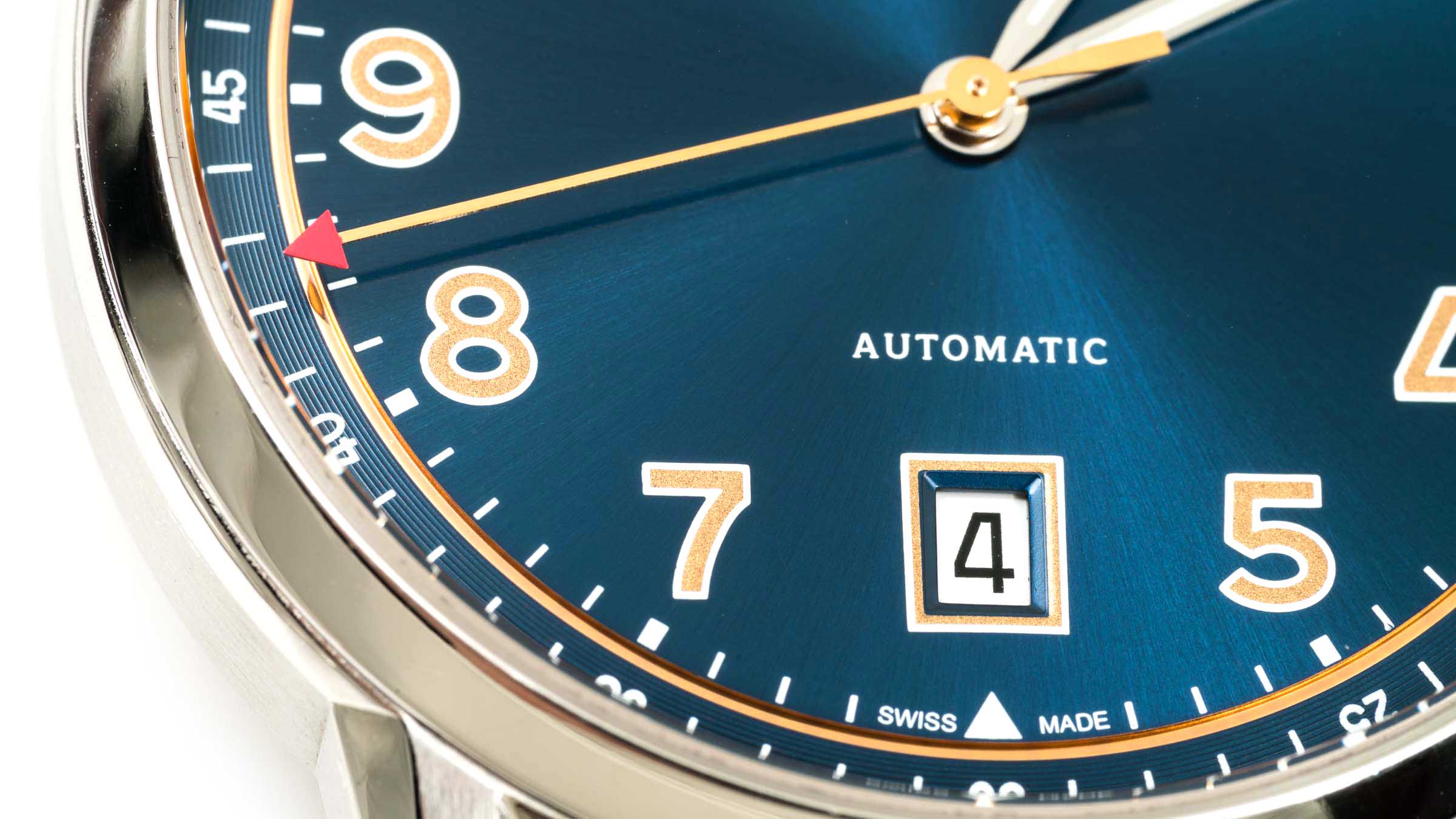 Apple did an excellent job with the Watch’s materials and finishes, and for a wrist computer, it doesn’t look bad, especially in stainless steel. I haven’t found anything else in the watch world that looks and feels as nice as a steel Apple Watch for under $1000.

Most impressively, Apple’s watchbands are truly world-class: the quality, comfort, and versatility of every Apple band completely outclasses everything else I’ve seen and tried in the watch world.

When I first started wearing my steel Apple Watch with the black leather strap, I kept looking at my wrist and thinking, “Damn, that looks nice.”

This was the beginning of the end.

Nobody ever wears one watch, thinks “Damn, that looks nice”, and never wants another watch again.

I was starting to understand fashion. This was going to be bad.

Apple has aggressively pushed the Apple Watch as high fashion, but it’s simply not. It’s a utility watch, much like quartz watches, that has many useful functions and can be made to look very nice but won’t ever be a prestigious fashion item. There’s no shame in that. The sooner Apple realizes this and lets the Watch be what it really is, the better.

Shortly before Christmas, I accidentally found the first mechanical watch that infected my mind so much that I actually wanted — quite badly — to own it. I had many doubts: Would I look ridiculous wearing it? Would I hate setting or winding it? Would I miss notifications, activity tracking, and weather on my watch? Would I wear it briefly but then run back to my Apple Watch and let the mechanical rot in a drawer? 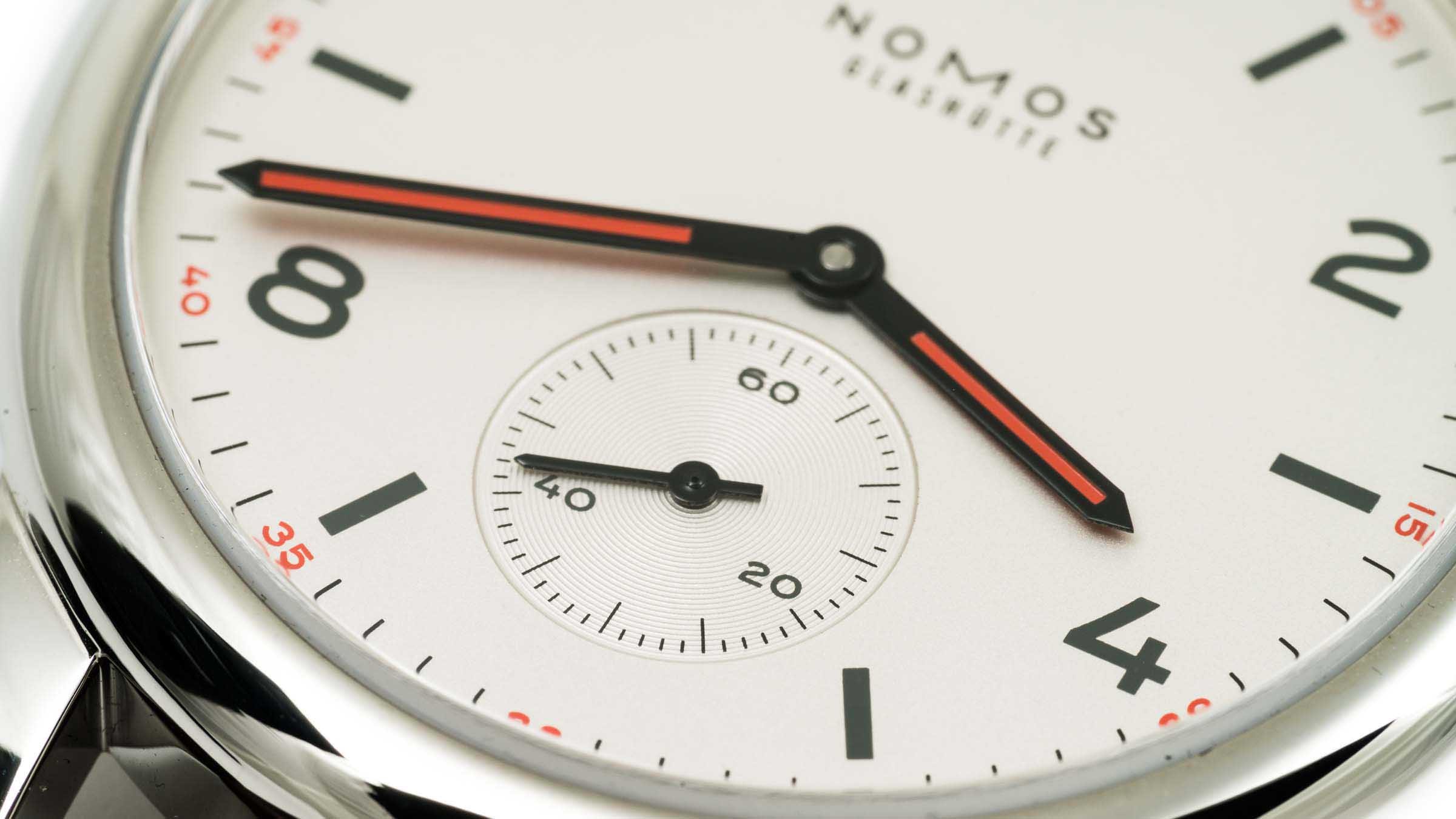 I got that watch for Christmas (because my wife is awesome), and I’ve only worn my Apple Watch twice since then (while baking, so I could set timers by voice, and clearing snow, since my phone would be inaccessible). All of my concerns were unfounded.

Logically, I shouldn’t like these. I’m a usually-rational software developer and computer geek. Mechanical watches are ancient technology that’s outclassed in every objective metric — accuracy, reliability, simplicity, cost — by any inexpensive quartz watch, let alone the high-precision timekeeping and unmatchable connected-computer features on the Apple Watch.

I laughed at the TAG Heuer CEO when he speculated, “Apple will get young people used to wearing a watch and later maybe they will want to buy themselves a real watch.” I even wrote an entire article about the “dumbwatch” being doomed for anyone who tries an Apple Watch because I was an idiot.

But I simply like mechanical watches more. I’ve completely converted, and I don’t foresee myself wearing the Apple Watch much in the future — the additional functionality it offers isn’t useful enough to me (your needs may vary) to overcome the far greater joy I get out of wearing a nice mechanical watch. 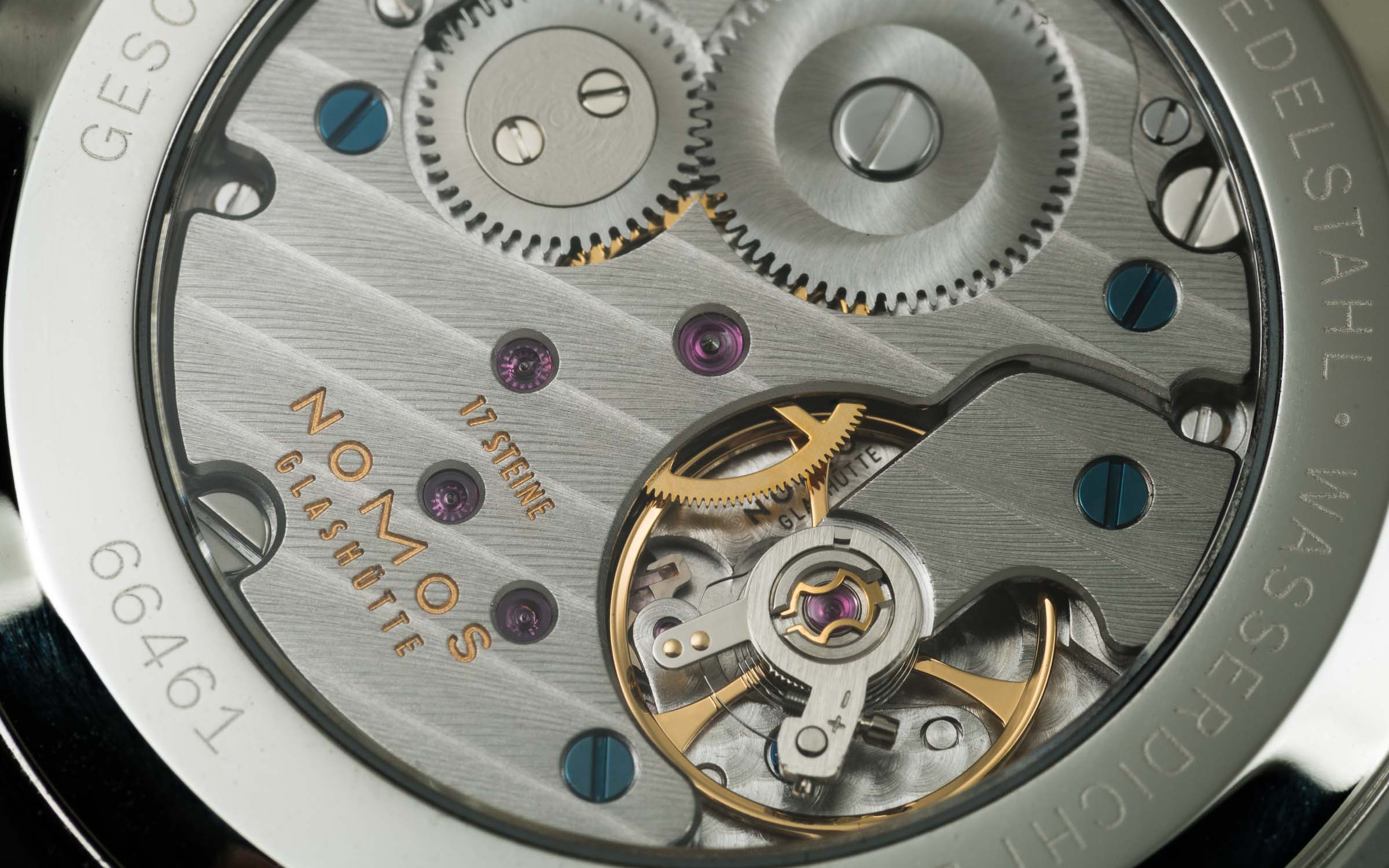 A big part of that joy, for me, is that this isn’t like anything else in my life, and the difference is refreshing.

Most of my work and hobbies involve technologically cutting-edge digital electronics reliant on complex, inconsistent software, with a typical lifetime of a few years at most. Almost everything else I use and make is effectively disposable.

As software creeps into ever more objects in my daily life and makes them more capable yet more disposable and less reliable than ever, it’s nice to have something that does less, always works, never needs a software update, requires no cables, doesn’t need to be charged, and whose useful life will probably be longer than mine.

Today, I start a new job.

We thought we’d follow up Top Four Starbucks Drinks with the logical next step.

This was a terrible idea.

Casey got a new job, then couldn’t figure out how to use his iPad.

Our 30-minute introduction to running your own Linux servers.

(See last week’s on why you should do this and basic security precautions.)

Federighi and Cue on The Talk Show, Adobe deleting the .functionalhighground, and Microsoft Bob.

This week, we discuss marketing, promotion, and celebration of successful launches and major updates. Never longer than 30 minutes!

The FBI is trying to compel Apple to break its own iPhone encryption and enable backdoors for law enforcement, ostensibly to decrypt a particular criminal’s iPhone 5c. As iOS security expert @chronic tweeted:

I’m fairly sure that if the iOS version of the iPhone 5c is old enough, exploits could be used (no backdoor!) to do what the FBI is asking.

As we’ve learned from national hero Edward Snowden and, well, almost every other high-profile action taken by law enforcement recently, this most likely has very little to do with the specific crime or iPhone that the FBI is citing in this case.

It’s their excuse to establish precedent and permanent backdoors for themselves so they can illegally spy on anyone’s data whenever they please. They’re shamelessly using a horrible tragedy to get themselves more power.

Like the NSA, they believe that they’re above the law, and the federal government and courts have confirmed that they indeed are. They couldn’t care less that they’re weakening our encryption for others to break as well — they consider that an acceptable casualty. They believe they own us, our property, and our data, all the time.

I commend Apple for standing up to this, but unfortunately, I suspect they’re eventually going to lose. I’d love to be proven wrong, but nobody in the government is protecting our rights anymore, and Americans simply just don’t care enough to compel them to.

There seem to be only three kinds of apps that make sense given the current hardware and software on the Apple Watch.

I don’t know any other developers who have as much Watch-app experience as “Underscore” David Smith.

Today’s Apple Watch and watchOS are very limited and most apps are necessarily terrible, but that doesn’t mean there’s no place for any apps. David’s ideas of what makes sense as a Watch app (and what doesn’t) are spot on.

Apple and the FBI, Microsoft and Xamarin, and the origin of Comic Sans.